Could you benefit from the UK’s Black Economy?

The ‘black economy’ may sound like something from a Dickens novel, but in fact it refers to the black market where cash is the currency of choice and where no tax is paid. Various statistics have emerged about the thriving UK black economy over the years – apparently half of all banknotes go to fund the black market, for example. HMRC loses out to the tune of £40 billion and the overall value of the black economy is in excess of £150 billion. Some even believe it makes up around 10% of the UK’s economy as a whole. So, what is the black economy and how can you (legally) use it to your advantage? 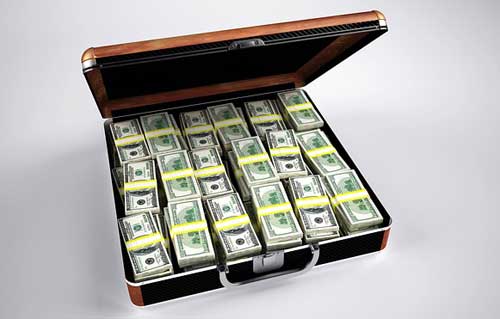 What is the UK black economy?

There is no set definition of what constitutes the black economy in the UK. However, it is basically a market where everything is being bought and sold outside of legal channels. So, no VAT is being paid and anyone earning money for services is not declaring that money as income. The darkest elements of the UK black economy might encompass drug dealing or loan sharking but there is also a much more accessible channels that can be a useful way to cut your own costs without getting into trouble doing it.

Is the black economy illegal?

It’s a difficult question to answer. If you’re buying and selling something that isn’t legal – such as drugs – then yes you’ll find yourself on the wrong side of the law. If you’re selling services such as plumbing or writing and you’re not paying tax on the income you receive then it may seem like you’re not doing anything criminal but you could end up in trouble with the taxman. If you’re buying services from someone who isn’t paying tax then that’s not really your problem. Similarly, if you’re buying products from someone who hasn’t paid VAT on them then that’s not usually on you. It’s worth noting that you may not even realise that you’re part of the black economy when you’re buying goods and services. People make all sorts of mistakes with tax, completely innocently, and cash – rather than cheques, cards or bank transfers – still remains a preferred choice for many people.

Benefits of the black economy

Given the size of the black economy in the UK it’s obviously a pretty popular way to buy goods and services. There are some very obvious benefits to buying products and services in this way:

It should also be noted that there can be some issues with using the black economy. For example, you rarely have a right to refund and you’re unlikely to be protected by any consumer legislation. Most black economy transactions don’t come with any paperwork so you may not have any proof of who you purchased from, how much you paid and what you bought.

How to use the black economy to your advantage

Obviously, you need to stay on the right side of the law if you’re going to venture into the world of cash transactions. And it’s also a good idea to learn a few tricks of the trade too.