You could be in for a refund £300 thanks to Mastercard!

Two years ago, a case against credit card firm Mastercard for imposing excessive card transaction charges was thrown out of the Competition Appeal Tribunal. However, in April this year the Court of Appeal decided that the Competition Appeal Tribunal must reconsider that decision. As a result, the credit card issuer could be forced to pay every UK adult £300. But how has the case come about and how can you ensure you’re entitled to the refund? 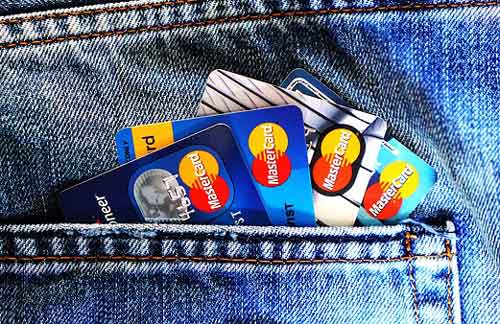 The origins of the case

The case against Mastercard was brought by former financial ombudsman Walter Merricks. He believes that in the 16 years to 2008, the credit card charges that Mastercard was applying to businesses meant that consumers were paying more for purchases than they should have. These ‘interchange fees’ were essentially transaction fees that Merricks says Mastercard profited from unnecessarily. The case alleges that these charges were a breach of competition law by Mastercard, based on a 2007 ruling by the European Commission that said the same. Merricks believes that anyone who was an adult in the UK during this time should be entitled to compensation as a result – even if they did not have a Mastercard!

Merricks’ case creates a huge class action that could amount to a £14 billion liability for Mastercard if he ultimately wins. There are two key requirements for consumers to be eligible for the refund if the case is successful:

There could be around 46 million people in the UK who would become entitled to this windfall if the case does go to trial and Mastercard loses. And because the action is about charges applied to any business transaction, not just those relating to Mastercard’s credit card customers, anyone who purchased anything during that time could have been affected.

Why did the case fail first time around?

The original case was brought by Merricks in the Competition Appeal Tribunal. The Tribunal ruled that the case could not continue to trial because it could not establish how the fees that were charged by Mastercard had been passed on to customers. It said that it was not possible to identify how retailers had absorbed the costs and so it would not be possible to work out what losses had been suffered individually. However, the Court of Appeal has now ruled that this was not a basis for stopping the case from going to trial. It effectively said that the Tribunal applied the wrong legal test when trying to determine whether the case should go ahead and progress to the courts. The Court of Appeal judges said that the original Tribunal ‘demanded too much’ information about how the fees Mastercard charged on transactions were said to have been ‘passed on’ to consumers and that it misdirected itself in terms of how any damages could be divided between those potentially entitled to them.

What do the parties involved say?

Mastercard is clearly not happy with the decision and has said that it will fight it all the way to the Supreme Court. Merricks – and anyone potentially affected in the UK – is obviously much happier that the case has been sent back to the Tribunal for review. The former financial ombudsman said he was “very pleased” with the way that the Court of Appeal had ruled.

The case will go back to the Competition Appeal Tribunal where it will have to decide whether it should go to trial. Only if the case against Mastercard goes to trial – and is successful – will there be an entitlement to the £300 payout that Merricks has predicted for UK consumers. If the claim does go ahead it will be the biggest class action in British history. It is the first mass consumer claim to have progressed under the new collective action system that was introduced by the Consumer Rights Act. The total cost to the card issuer is going to be somewhere in the region of £14 billion so it’s likely that Mastercard will fight the case as hard as it can to avoid that kind of liability.

Although the case could now potentially go ahead, it will be up to the Competition Appeal Tribunal to assess whether there is any basis for this mass consumer claim against Mastercard to go to trial.