The ending of debit card and credit card fees and surcharges

Have you ever gone to pay by card and been informed that “there’s a flat fee of £2.50 per transaction”? Or something similar. The practice of paying that little extra top up, in addition to the purchase price, is something that most of us are very familiar with. Every business seems to do it and it’s become a widely accepted practice. Well, not anymore. From 13 January 2018 that is set to change, as the government is introducing new rules that mean consumers cannot be penalised for choosing one kind of payment method over another. 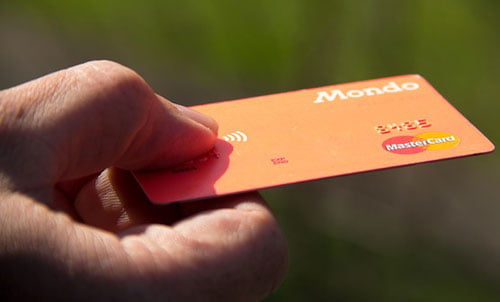 What are the rules about fees right now?

The current rules on credit card fees and extra payments are supposed to prevent companies from profiting from an extra percentage on top of the purchase price. Most of us assume that we’re paying more to complete a transaction by credit card because the retailer has to pay a fee to process that transaction. However, that’s not always the case. Even under the current rules, retailers are not supposed to profit from this cost – the amount charged should be limited to covering the cost of the payment to the retailer, and nothing more. Of course, the reality is that consumers are often charged much higher fees than necessary when it comes to additional card charges – and it’s the retailers keeping the profit.

Which fees are affected?

These additional fees are called ‘surcharges.’ You’ll have seen them added to your bill when you choose to make a payment using a specific payment method. For example, if you’re buying flights you’ll encounter the charges – Ryanair and easyJet charge a credit card fee of 2% and 1% respectively. If you buy Empire cinema tickets online then you’ll pay a 70p handling fee and if you use the takeaway ordering app Hungryhouse then the cost is typically 50p to 75p per transaction. Even government departments have got in on the surcharges game – if you pay your tax bill by credit card then HM Revenue & Customs will charge you a fee of between 0.374% and 2.406%. Local authorities also impose fees, for example Hammersmith and Fulham council, where the fee is 1.25% and Richmond upon Thames where the fee is 1.65%.  Although there aren’t any recent figures, in 2010 government calculations found that surcharges like this totalled £316m and £630m across all businesses.

Where did the change come from?

Initially, it was the result of an EU directive that related to Visa and MasterCard charges. However, the UK government has taken the initiative further and extended this to all payments, even Apple pay and PayPal.

What changes can we expect?

From January 2018 you will no longer see a card surcharge when you’re paying for a transaction, no matter how you pay. According to the consumer group Which? the banning of surcharges is a change that is long overdue. They said:

“previous action to protect consumers from excessive card surcharges has been difficult to enforce, leaving consumers paying over the odds just for paying by card. These new rules will finally put an end to this unfair practice.”

The new rules apply to any UK company that is selling to UK customers. Although no definition of a ‘UK company’ has yet been provided, the change has the potential to impact on businesses that aren’t registered in the UK but have a UK base. And, as the new rules come from an EU directive, the same change will be implemented across the EU too.

Is there a catch?

Although the new rules will stop retailers – and others – from adding a surcharge to payments they don’t have any impact on resulting price rises. Industry experts have speculated that, while the rules send a good message, the likelihood is that retailers will simply put prices up to absorb the loss of the fee – so that the consumer still pays. Although this won’t apply to payments such as those to the HMRC, it is likely to have an impact elsewhere.

Where will the most savings be made?

The government is hopeful that retailers won’t respond to the banning of surcharges by pushing up prices. If they don’t then there are substantial savings to be made, for example: