Act now! The era of the very low mortgage rate is coming to an end

Mortgage opportunities have changed significantly since the start of the financial crisis in 2008. It’s now much more difficult to pass affordability criteria and mortgage lenders are much less likely to offer the most attractive deals to all but the most appealing buyers. So, for the majority of those trying to get onto – or move up – the property ladder, mortgage deals are not what they once were. This is particularly evident when it comes to the most popular mortgage deals. 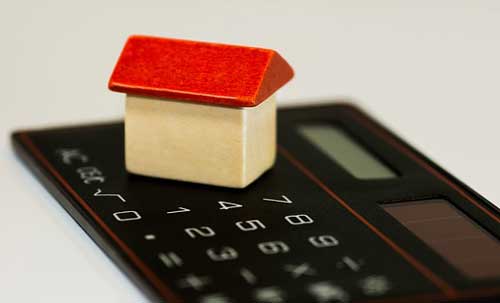 An increase in the cost of the best deals

As lenders look ahead to a potential interest rate increase, many have already increased the cost of a mortgage. As a result, the most popular mortgage deals are now the most expensive they have been for two years. The Bank of England last increased the base rate in November 2017. While it was a small increase of just 0.25% it was the first time that the rate had been put up for a decade. And the Bank of England warned that the rate increases were not likely to stop there with two further rate rises over the next three years according to the Bank of England governor Mark Carney. It’s because of this 2017 increase – and the potential for a further rate rise – that the cost of a mortgage continues upwards. In fact, between March 2018 and April 2018, the average mortgage rate has gone up by 0.25 percentage points.

What is the average increase in the cost of a mortgage now?

For a typical mortgage of £175,000 it now costs £44 more a month than it did to borrow last autumn around the time when the Bank of England raised the base rate. In May, many financial commentators are expecting that the next of the two rate rises will be announced by the Bank of England, taking the base rate from 0.5% to 0.75%. And it’s because of this that mortgage costs have started to spike upwards once again. However, research from uSwitch found that lenders have actually been increasing the cost of their mortgages for some time and not just in the anticipation of the latest Bank of England announcement. Barclays, for example, has changed the rate on around 60 products already.

How can you protect against the increasing cost of a mortgage?

The short answer is that you can’t. At least not forever. In the short term, locking in a fixed-rate mortgage for a period of years will provide some certainty to homeowners who don’t want to find that their rates suddenly shoot up. This is what happened around the time of the first Bank of England rate rise back in November 2017 when there was a significant flurry of people who opted for fixed-rate mortgages to try and ensure that they secured a lower rate for a specific period of time.

What are the benefits of a fixed-rate mortgage?

Currently, many people are being urged to opt for a fixed-rate mortgage as a result of the speculation that interest rates are heading upwards. The major benefit of a fixed-rate mortgage is that, whatever happens to the interest rate, the mortgage payments will remain the same for a homeowner with a fixed-rate mortgage. This makes the payments due much more predictable and makes it easier to manage the debt. Fixed-rate mortgages for five years used to be an incredibly popular option – however, it’s the two year fixed rate that is starting to gain increasing popularity. Two year fixed rates tend to offer a better deal than a longer period and are also more flexible. In particular, for new homeowners, after two years, having paid down a proportion of the capital in the property better deals are likely to be available.

If you don’t yet have a foot on the property ladder then the prospect of mortgages getting more expensive can be intimidating but there is always something you can do to ensure that they remain accessible to you.