Will self-drive cars ever become reality?

The self-drive car has been in the headlines a lot recently. For all the backseat drivers out there – or anyone with control issues – it seems like a terrible idea. And for the rest, it’s still something most of us feel that we’re more likely to have seen in a 1960s vision of the future than actually on our streets. But the relentless quest for shinier, better, more efficient tech is driving all the resources in the self-drive direction. So, whether you like it or not, questions such as whether a self-drive car is safe (and maybe even, can you car finance it?) are likely to become inescapable. 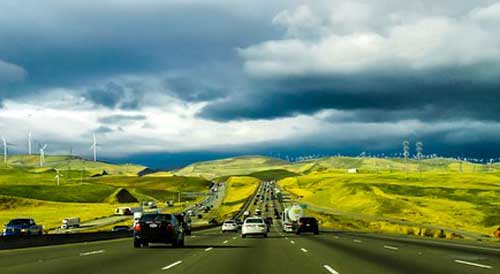 Experts tell us that by 2030, self drive vehicles could make up as much as 60 percent of US auto sales. As the UK often follows where the US drives us (haha) the same stats are likely to apply here too, sooner or later. These vehicles are being developed, not to have human responses, but to be able to drive safely using a range of sensors. It’s probable they will be the complete opposite of humans who can be inconsistent, aggressive and emotional on the roads. Autonomous vehicles (as they’re also called) sense their environment and are able to navigate without any human input. As well as being a prime example of auto-geek heaven, the self-drive car also has a more practical purpose. The latest road traffic accident statistics tell us that 25,160 people were killed or seriously injured on UK roads in the year ending September 2016. There was also a 2% increase in road deaths on the year before, upping the 12-month total to 1,810. So, at least part of the justification for the millions rolling into the self-drive car projects of the world is spot on – to create safer roads.

But are driver-less cars safe?

Although it’s fairly early days there has already been a fatality. In May 2016, a Tesla cruising in Autopilot mode on a Florida road crashed and the driver died. Although investigators concluded that it wasn’t the car that was responsible for the crash, it raised a lot of questions about the safety of self-drive in the context of other road users. Are there some situations in which human instinct saves us? Another recent crash involved Uber’s self drive car, which flipped over in Arizona in March of this year. Again, it was concluded that it wasn’t the car that was to blame – but another pesky human. But – again – this raised the question of whether the self-drive car can be adequately equipped to deal with other drivers. It’s all very well having a car that performs perfectly when it’s alone on the road but can it ever be designed to deal with the craziness that another human driver can exhibit? Or will it be a case of “computer says no” every time something unorthodox occurs.

The fact that human beings are terrible drivers was one of the conclusions drawn by a self-drive car test subject. He also found that the self-drive car is ‘timid,’ slow and deliberate and likely to annoy other drivers on the road. They’re never going to be an exhilarating ride but the test subject found that to be a good thing – in terms of the car itself he felt safe. As long as no one else came near of course..

So, will they ever be a reality and how do you get one?

Given the number of big money brands pursuing the self drive market right now, inevitably there will be a breakthrough at some point that allows one or more companies to start mass selling. However, it’s worth noting that everyone involved seems to think that self-drive cars still ‘aren’t perfect.’ As with most new products, the early versions are likely to be the ones with the glitches that will be ironed out in later models. So, if you’re planning to invest in a self-drive car you might want to wait for the ‘S’ model (if self-drive manufacturers use the iPhone system of clarification that is).

Overall, these cars are definitely likely to be a reality, perhaps in the very near future as predicted. In terms of safety the only thing we know for sure right now is that self-drive cars will be fine – as long as they’re surrounded by other self-drive cars. When it comes to affordability, for early adopters the cost price is likely to be high but as the tech becomes more widely available we might all be able to afford one. And as for the availability of self-drive car finance – watch this space, we’ll let you know.