As we all know, the contents of your credit file can have a big impact on your life. A poor credit score as a result of a bad credit history will make borrowing more expensive and may make it impossible to do something like buy your own property. Despite this, many consumers in the UK have had issues with the information that credit references agencies add to their credit reports, often as a result of what is provided by lenders. But is there anything you can do if you feel that your credit score is being influenced unfairly? 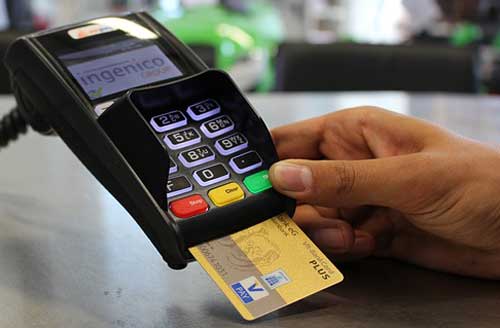 Between April and September last year, 700 complaints were made against credit reference agencies in the UK. These were predominantly based around agencies holding inaccurate information on their files or not updating information quickly enough, for example when there has been a correction. Inaccurate information on a credit file can have serious consequences for an individual. Around 10 million British adults have now uncovered errors on their credit files so the numbers of complaints being made is only a small percentage of the total volume of people affected.

What are the consequences of a mistake on a credit file?

A recent example provided by a BBC report told of an individual locked in a dispute with telecoms company O2 who claimed she owed them £62. While they eventually admitted that the “debt” was a mistake, they had already passed on information to a credit reference agency that she had defaulted by not paying it. When she asked O2 to remove the default she was told it would take 90 days. The result? The woman’s credit score took a nosedive down to “poor” and her attempts to remortgage resulted in monthly payments several hundred pounds higher than they would have been without the default on her credit file. Mistakes on a credit file can also result in being refused credit that might be essential for every day life, such as a mobile phone contract or a utilities deal.

What do the credit agencies say?

Callcredit, Equifax and Experian make it clear that it’s up to consumers to check whether the information that is held about them on a credit file is correct. They also say that consumers are entitled to challenge anything in their credit files that they consider to be a mistake or incorrect – but how effective can that really be? The main issue is that consumers can provide evidence to attempt to show that they believe there is a mistake – for example, that they don’t owe money to a lender that the lender claims they do. However, the credit agency will always check that evidence with the lender. And if the lender says that there is a debt or default then it stays on the credit file.

What can you do if you’ve found a mistake on your credit file?

Read: An action plan to improve your credit score

Are there any other solutions?

The main issue for consumers is the amount of power that a lender or company has to dictate what appears on a credit file. If a lender tells a credit agency there has been a default then the credit agency adds it to the file and the consumer is not consulted first. One suggested solution is that any disputed information be taken off a credit file until the dispute is resolved, as opposed to leaving it there and adding an explanation via a notice of correction. Resolving these disputes can take years so this would at least mean that consumers aren’t unfairly disadvantaged until it is proved that the “black mark” on their credit report is deserved.