What is the Financial Future of MIllennials?

If you believe the media hype, millennials are both the best and worst of generations. They are those most likely to struggle with cash, as well as those with the potential to be the wealthiest. According to some news outlets millennials have the most trouble getting onto the housing ladder – others say that it’s because of this generation that home ownership, as well as other institutions like marriage, are dead. But what’s the truth when it comes to millennials – especially millennials and money – and what are the true financial issues that this generation faces? 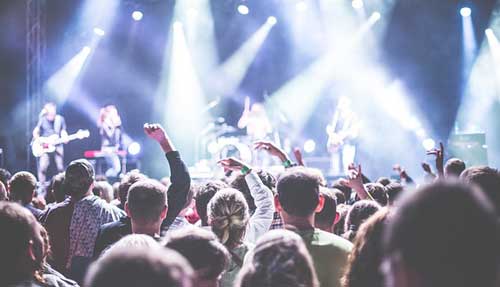 Are you a Millennial?

Millennials are most often defined as the generation born between 1981 and 1997. So, there’s no doubt that many of the financial and employment issues that often affect this generation have arisen as a result of the financial crisis that followed immediately on from 2007. For many millennials their formative coming of age years were spent in times of great financial uncertainty and categorised by a lack of opportunity.

The financial issues that Millennials face

More debt than other generations. Millennials have much higher levels of debt than the generations that have come before. Attitudes to debt have changed substantially to those of Baby Boomers – it’s now much more socially acceptable to be in debt and much more a part of financial life. And then there’s education. The millennial generation didn’t have access to student grants – only loans. So, 33% of millennials had a student loan in 2017, as compared to 20% of Generation X 14 years ago. Plus, student loans are larger – the average millennial student loan balance is double that of Generation X. As a result, before many millennials have even entered the “adult” working world they are saddled with significant negative balances.

Less likely to be on the housing ladder. According to the Office for National Statistics, home ownership among 22- to 29-year-olds has taken a huge dive in the past decade. In fact, since 2008 the number of millennials with a foot on the housing ladder has fallen by 10%. According to estimates, around a third of millennials are unlikely to ever own their own home. This is perhaps not surprising given the sizeable debts that many millennials graduate with. Another factor is the huge increase in property prices that is way out of line with wages. Today the average property price in the UK is £225,621. The average salary for a 30 year old is £23,700. As most mortgage lenders will only offer up to four times salary, this means that the average 30 year old can’t afford the average property. And given that rents increase year on year there are fewer opportunities for those in this generation to save for a mortgage deposit. 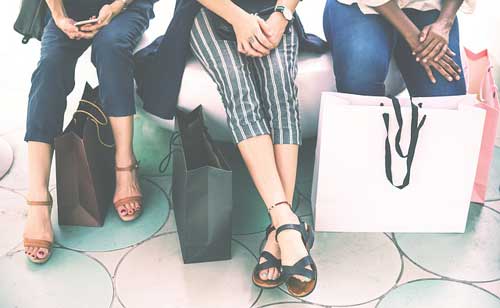 Lower savings. Frivolous spending and a lack of understanding of the value of money are often accusations laid at the door of the millennial generation. However, it’s also worth noting that high levels of debt, as well as lower wages, could also be to blame for the fact that many millennials have not been able to put money aside for the future in the same way as previous generations. This is a trend that is burgeoning as we speak. In just four years, the number of people in their 20s with any savings at all dropped from 59% to 47%. However, it’s not all bad news on the savings front. Those millennials who have been saving have managed to amass more than they would have done a decade ago. Although the number of people with savings has dropped, millennials who do having savings now have an average of £1,600, up from £900 10 years ago. There is huge disparity in this generation among savers – those who have saved the most might have up to £15,000 whereas those with least could have as little as £100.

Outgoings are a burden. In 2017, British households spent more on outgoings than they had coming in according to official figures. In fact, they were spending £900 more than their income. This was the first time that this had happened in 30 years. General consumer attitudes are changing and, with debt much more widespread, we are seeing less frugality than previous generations may have displayed. However, this is not some inbuilt flaw of the millennial generation but much more likely to be the financial environment in which they were raised and currently exist.

Job security has changed significantly. It’s no secret that we no longer live in a world where anyone can rely on something like a job for life. However, many millennials stay in jobs that they are just not happy in – in fact 33% will do this because they don’t believe that there is anything better out there. Within the same generation there are those who are juggling multiple roles – this generation is the mainstay of the gig economy. Many millennials have a second job. Some of the most common of these jobs include influencer marketing, selling items on eBay and dog walking. These extra jobs boost millennial incomes by 20% a week but mean that 45% tend to be working for more than 40 hours a week. 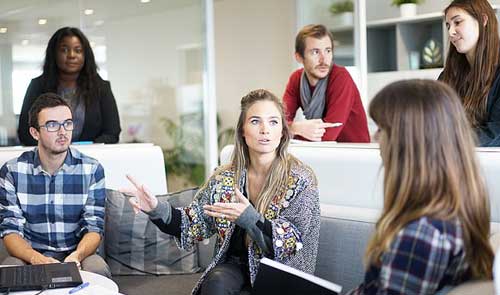 Not financially robust. 25% of 18- to 24-year-olds and 50% of 25- to 34-year-olds are not financially robust. So, in the event of a personal financial crisis – or another recession – this generation is very vulnerable. Wage growth has been weak in recent years and this is a very divided generation in terms of income. The top 10% of millennial earners is bringing in more than four times as much as the lowest earners. Many young people today are disappointed when it comes to income, which does not measure up to expectations. Around 50% of 16 to 17-year-olds expected to earn £35,000 by the age of 30 but the average salary for a 30 year old is £23,700. There have been some very real reductions in wages for this generation too – between 2007 and 2014, millennials experienced a 13% drop in real hourly earnings.

Bad habits. As well as being more open to getting into debt, millennials have more bad shopping habits. For example, 95% of millennials who took part in one survey admitted to impulse buying. One in five said that they were making impulse purchases every day. With the average impulse buy at £38.33 this soon mounts up over several days or a week. The UK as a whole has a bit of an issue with impulse spending and this seems to be particularly acute for millennials. Whether it’s the result of advertising exposure or being constantly online and able to shop, it’s clearly something that many young people struggle with.

Lack of provision for the future. In addition to very low levels of savings, retirement is a thorny issue for millennials. According to a recent report, the average person requires around £260,000 set aside for a comfortable retirement. But many millennials are simply not putting aside enough cash for those golden years – because after rent and bills there is just nothing left. It doesn’t help that pensions are more complex than they have ever been either. 53% of millennials struggle to understand their workplace schemes. Millennials are putting at least some cash into pension savings – according to Prudential seven out of 10 under 35s are saving into a pension pot. However, at least a quarter of these believe that they simply don’t have enough saved for retirement and those who aren’t paying into a pension have no financial provision at all. 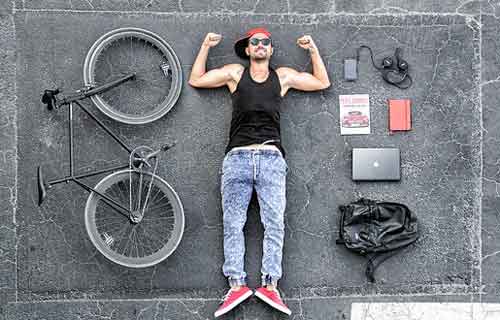 It’s not all bad news

Although it may seem a rather bleak picture for this generation, there are some positive points to note. For those with a deposit ready, if Brexit hits house prices as expected, this could make property a bit more affordable for a few people. There are also many financial products out there that are available to millennial consumers who are looking to save. From ISAs to apps that automatically transfer available cash into a savings account, this generation is the first to have the full support of technology when it comes to improving financial health. Wage growth has also started to pick up so there are opportunities for those on tight budgets to find a little more wriggle room in the monthly accounts to start creating savings.

Millennials aren’t viewed as having the best relationship with money. Many have had a difficult start, perhaps graduating with large debts or struggling with the balance of incomings and outgoings that is required to ensure personal finances are healthy. However, there are some signs that this generation may bounce back, in particular the willingness to learn and evolve and to use technology to help advance finance progress. In another 10 years, when the next generation is firmly in the spotlight, it could be a totally different story for many millennial adults.