Debt is a way of life in the UK. We borrow to buy our homes, we get our cars on finance and we’ll use a credit card to pay upfront for a holiday.

However, it seems that too many of us don’t have a full understanding of the ins and outs of how debt works and specifically how interest in calculated.

At Solution Loans, we wanted to test the financial literacy of those in the UK, asking them specific questions around debt and other financial products. 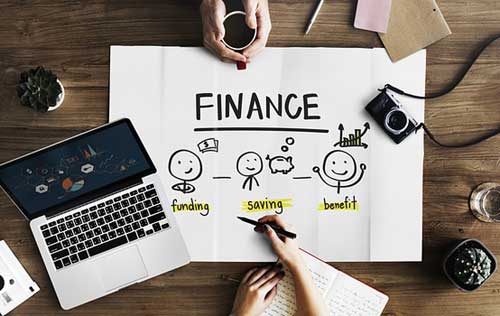 We asked the two following questions, giving five multiple choice answers for each:

The picture across the country

Looking at the UK as a whole, of those surveyed, we saw that just 46% of people aged over 18 know that APR stands for annual percentage rate and represents the amount of interest and other charges you’ll pay annually on any money owed.

Just 58% were clear on compound interest and able to identify it as interest added onto interest already earnt on the starting sum.

This is a worrying trend as the latest figures show as a country we owed nearly £1.6 trillion in household debt in June 2018, with the average debt per household (including mortgages) equating to £58,540.

Yet we still don’t understand the intricacies of borrowing and the interest we’re required to pay.

The plight of Millennials: Generation Debt

That’s the picture across the nation as a whole. It becomes even more worrying when we look at those aged between 18 and 34, so-called Millennials.

Often known as Generation Debt due to the way the financial crash, the property market and the rise in tuition fees has impacted their lives, they are the most financially illiterate age group when it comes to understanding debt and borrowing.

This is compared to 75% of those aged 55 – 64 understanding compound interest and 60% being able to explain APR.

For those with credit card debts, a balance transfer credit card is always a good option to begin to make a dent in the money owed rather than simply paying back the interest.

Yet again, it seems to be something missed by the financially illiterate.

As a whole, the nation has a better understanding of a balance transfer, with 68% knowing that it is where part or all of the debt owed on one credit card is moved to another card.

However, Generation Debt is again lagging behind.

We saw that 57% of people understood that auto-enrolment makes it compulsory for employers to automatically enrol employees in a pension scheme, with the employer also required to pay into the scheme.

That means that 43% of people in the UK can’t explain what one of these is, despite nine million people having joined the workplace pension scheme since it began in 2012.

Things are a little better when it comes to understanding the responsibility of a guarantor, with 71% answering this question correctly as a person who agrees to repay the borrower’s debt should the borrower default on agreed repayments.

The picture on a UK regional basis

We broke the picture down across different regions and cities throughout the UK. On a regional basis, we can see that the South West of England has the highest financially literacy and Central England the lowest.

Here are the regional standings:

On a city by city basis, the strongest performer was Liverpool with a combined score of 71% across each of the five questions. In second place was Bristol with 69% and Glasgow in third with 66%. The least financially literate city in the UK was Birmingham with an average score of 50% across the five questions.

The hope for the future

Our finance expert Amanda Gillam commented on the findings of our study:

“We found that when it comes to understanding how financial products work and specifically how interest and debt is calculated, as a nation our financial literacy is lagging. This is especially the case for the young. These are the people that have been hit the hardest since the financial crash, but that also seem to have the biggest gap in their financial knowledge. It’s key for future generations that this is taught, and a full understanding is achieved.

“There remains a key responsibility on behalf of the individual that when they take out a financial product, they look through the terms and conditions carefully and make sure they understand exactly what they’re signing up for. The financial service provider must also do all that they can to make sure everything is clear for the consumer.