Update on the FCA’s review of motor car finance deals

The review of car finance being carried out by the Financial Conduct Authority (FCA) began in July 2017. The motivation behind it was to ensure that the market for motor finance – which has experienced an enormous boom – was/is a safe one for consumers. The use of car finance agreements has almost doubled in the past decade. In 2008, the number in use was 1.2 million and by 2017 this had risen to 2.3 million, making car finance a very sizeable part of the finance market. Given this vast escalation in use, as well as some consumer horror stories that emerged at the time, the FCA began looking into whether the industry presented a risk of harm to consumers. 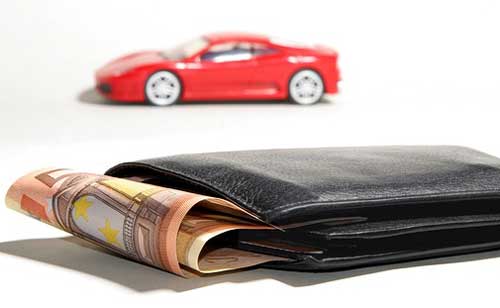 The latest review from the FCA on the car finance industry was presented in March of this year. Despite the fact that many were expecting the FCA to find a broken market in danger of capsizing, so far that doesn’t seem to have been the case.

Where has the growth in the take up of car finance come from?

The FCA found that the strongest rates of growth were among consumers who had better credit ratings, as opposed to those who were struggling to get other types of finance. So, it’s generally people with higher credit scores who are driving the increase in the volume of car finance. The review so far has also found that the market is a relatively stable one and that the level of arrears and defaults has remained fairly low. However, there is also evidence that defaults and arrears for consumers with the lowest credit scores are somewhat higher.

What about the risks we’ve seen from the severe drop in the prices of used cars?

Surprisingly, the FCA review found that lenders were managing this fairly well. When presented with the issue of lower prices of used cars and the impact this could potentially have on the fact that car finance firms are dealing with large numbers of used cars being returned to them at the end of a car finance plan, the FCA research found these firms were coping well. Prudent measures were in place to manage how much the car would be worth in the future and most firms had robust asset valuations and risk management processes.

Are issues with car finance related to problems with any other type of finance?

Not according to the FCA review. In fact, there is no significant relationship between those who get into financial trouble with a car finance agreement and falling foul of other types of consumer credit products. So, there is no domino effect disaster waiting to happen.

According to the FCA review, on the whole, the answer is a resounding “yes.” The contracts that are used for car finance were found by the FCA to be transparent and simple to understand. Similarly, the language used on websites – and in communications with consumers was the same, as well as being consistent and straightforward right across the information provided.

So, what did the FCA decide overall?

It seems that the FCA believes that the car finance market is generally working well in the interests of consumers. It was found to be well structured and to involve balanced risks that those within the market are aware of. However, the FCA review is not yet complete and there are some issues that the regulator felt were worthy of closer examination. These include whether there is a potential conflict of interest in some car finance commission agreements where incentives are given to brokers if they arrange the finance at a higher rate for the consumer.

What’s likely to happen next?

The FCA has outlined a number of specific steps it plans to take, including:

The review by the FCA is scheduled to be completed in September 2018.