Personal Contract Plan (PCP) car finance deals are one of the most popular ways to buy a new car. In fact, 86% of new car buyers are currently using PCPs in order to finance the purchase of a new vehicle. However, recent changes in the values of new cars and used cars have made PCPs more expensive and meant that those who have already a PCP contract may not find it that simple to get a great deal next time around. 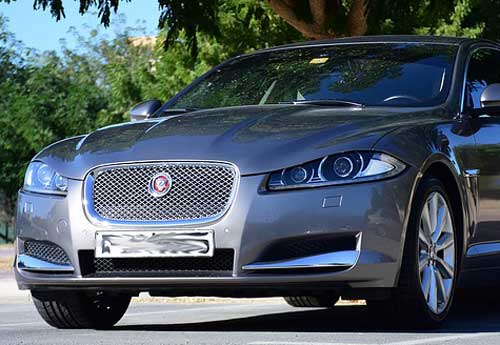 What is a PCP car deal?

It’s a very simple way to buy a car if you don’t have enough cash in the bank to make an outright cash purchase. Instead, you’ll pay a deposit for the car – often matched by a contribution from the dealer – and then take out a loan for three or four years that covers the rest of the sale price of the car. Regular monthly repayments are made over the period of the loan and these cover the gap between the new price of the car and the expected value of the car when the PCP comes to an end. When the PCP finishes then there are three options: hand the car back, pay an amount agreed in advance to own the car or negotiate a new PCP deal. Most car buyers tend to do the last of these and that’s where the issues with car values are starting to kick in.

Why are people looking for PCPs suffering?

It’s now more expensive than it used to be to buy a new car. As a result, anyone looking for a PCP will pay more for the same car than would have been the case 12 months ago. There are a number of reasons for this, including the impact of Brexit, which had a significant effect on the value of the pound, and the increased cost of raising environmental and safety standards which manufacturers are passing on to consumers. At the same time as new car values have gone up, used car values have been dropping. The one benefit to this should, in theory, be that those on PCP contracts who choose to buy their existing car at the end of the contract will pay less. However, in reality, most PCP contracts will account for this with an increase in the prior monthly repayments to compensate for the lower used car value. So, none of the savings get passed on to consumers.

What about existing PCP contracts?

If you already have a PCP in place then nothing is going to change until you come to the end of the contract. Previously, when new car values were lower and used car values higher, this would be the point at which the PCP borrower would have built up some equity in the car. That equity could be used to bring down the price of the new PCP contract or at the very least to reduce the size of the deposit. However, that’s no longer likely to be the case because prices are higher. The disparity in different car values also means that negotiating a new PCP is going to be much less favourable than previously. Now, it may simply not be possible to replace a car with the same model when the PCP comes to an end because that same model may now be much more expensive.

What has caused the problems?

The issues with PCPs all turn on the differences in price between new and used cars because the monthly payments under a PCP are fixed on the difference between new and used car values. In many ways the success of PCPs has also played a role in undermining them. Because so many people now use PCPs there are many more used cars on the market and this has had an impact in terms of driving down the value of used cars – there’s just so many of them around. Consumers love PCPs and so do dealers, who make commissions both on the car purchase itself and also on selling the finance. But the result of such widespread use is that PCPs are getting more and more expensive.

Can you still get a good deal on a PCP?

Yes, particularly as new car sales dropped off substantially at the end of 2017 meaning that many dealers now have a lot of surplus stock. The key with a PCP is to make sure you understand the terms, you know how the payments work and that – crucially – the deal is affordable for you. It’s worth bearing in mind that there are a lot of other costs generated by a new car that you’ll also have to cover so it’s not just the monthly payments that need to be affordable, you need a buffer too. However, if you shop around and find something affordable, a PCP could still be the best way to buy a new car.