The real life consequences of being made bankrupt

UK consumers are very familiar with debt. In just one month this year, collectively we took out more than a billion pounds worth of consumer debt. According to the Office for National Statistics, 12% of people say they always, or most of the time, run out of money at the end of the week or month and need a loan or credit card just to get to the next pay day. As a result, debts can be swiftly accumulated, often to the point where there is no prospect of paying them off. When that happens, bankruptcy becomes a very real possibility. 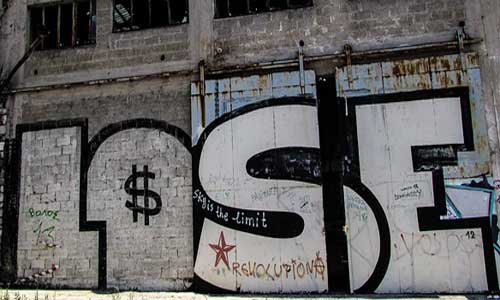 Bankruptcy and the British public

What does it mean to go bankrupt?

If you’re unable to pay your debts then any creditor to whom you owe more than £5,000 can apply to have you declared bankrupt. Bankruptcy is only usually recommended if your unsecured debts are more than £20,000 – for lower figures something like an IVA is usually more appropriate, if your creditors agree.

When bankruptcy happens, any assets you have will transfer to a trustee in bankruptcy who will sell off what they can to make payments to your creditors. The other debts will be discharged 12 months after the bankruptcy order has been made. This effectively means that none of the creditors to whom you owe those debts can try to collect on them. There are some exceptions to this, including recent taxes and child support payments. While this may sound like a great solution – essentially wiping the slate clean – in fact there are some other, much less appealing consequences to going bankrupt that give many people pause for thought.

How to address your credit problems –  use our “Ultimate Guide to Improving Your Credit Rating” to help you get back on track.