The downsides to student debt

A large student debt is a cause for stress – that’s not news. Ever since fees were introduced (and repeatedly increased) for UK students there have been concerns about the impact of graduating owing such significant sums. Despite the fact that debt problems are widely acknowledged as a major cause of depression, when it comes to students, as a society we seem to expect graduates to simply knuckle down and get on with making the repayments. However, a recent report has highlighted that the level of student debt required for many people to graduate today is having wide ranging and damaging impact on the lives of graduates. Rather than simply restricting spending on luxuries, a new report indicates that the burden of student debt repayments can impact on job satisfaction, mental health and long-term financial future. 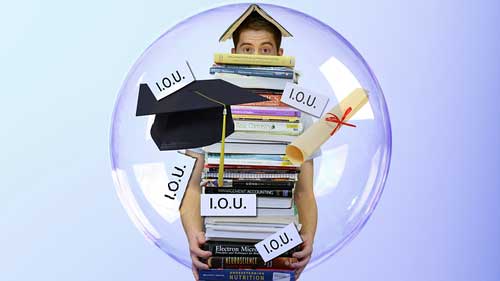 What does the survey say?

The research has been carried out by the Centre for Global Higher Education, who are based at the UCL Institute of Education and the University of Michigan. Although the team are US based they have been tasked with reviewing a range of research, not just relating to US students and educational institutions but to those in the UK too. The study took place over several decades and is considered to be a fairly authoritative work of research in terms of graduate lives in both countries. It made a number of key findings, including:

Student debt without the negative impact?

As this study showed, the existence of debt can make life very difficult for both students and graduates. It’s not ideal to have to borrow to obtain a qualification but there are ways to make it work.