How to protect your savings from inflation

The pressure on household finances is starting to increase. Costs – particularly on food and fuel – have been rising in recent months in response to the fall in the value of sterling since Britain’s vote to leave the European Union in June 2016. Those increasing costs pushed the UK’s inflation rate to 1.8% in January – its highest rate since June 2014 and a rise of 0.2% on December’s figures.

While the headline figures look mild when compared to the high inflation of the late 1970s and early 1980s when prices were rising by as much as 25% a year, the picture is far from rosy. Earnings growth continues to be subdued with household incomes under greater pressure than at any time since the 1990s. And because Britain imports far more than it exports, it means that the cost of everything – from bananas to German cars, from petrol to foreign holidays – is on the rise.

The rise in inflation is not enough for the Bank of England to raise base rates which are currently at a historic low of 0.25%. But it is certainly big enough to erode the amount of disposable income that families have for discretionary purchases which is already exerting a downward pressure on economic activity. Wages are rising at just 2.6% compared with a year ago meaning that the gap between extra income and rising costs is growing narrower by the month. 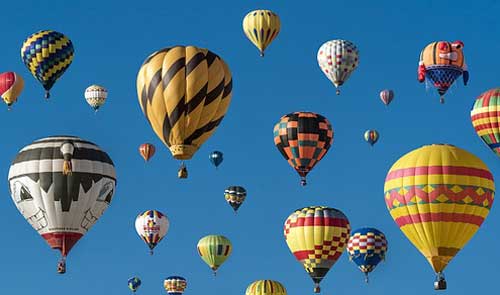 What is likely to happen with inflation?

Prices are expected to continue to rise with many forecasters predicting an inflation rate of 2.8% by early 2018. If wage growth continues to be depressed, that means that living standards in the UK are likely to fall and that could mean that the unemployment rate – long forecast to start rising but still continuing to confound those predictions – will finally start to move upward.

How can you protect yourself against inflation?

For savers, the prospects remain bleak. There are just 11 savings accounts on the market with fixed rates of 2% or more and all of these make it a requirement that savers lock their investment in for five years or more.

And even worse, there are only 23 out of a total of 697 savings accounts on the market which pay more than the rate of inflation.

If you’re a saver, then the best rate is likely to be the National Savings and Investment Bond which launches in April and is expected to offer 2.2% interest when you lock your money in for three years.

While rates on cash Isas continue to be low, the Government is raising the amount you can save each year in Isas without paying tax to 20,000 from April.

What about the stock market?

Stocks have been one of the few bright spots for savers since the June 23 referendum with the FTSE 100 index – where many foreign firms are listed – trading consistently at record highs since last year. In recent days, it has been trading at more than 7,400 points compared with just under 6,000 in the immediate aftermath of the Brexit vote.

Plenty of those shares now offer a dividend yield of 3% or more with some boasting dividends of up to 6% – far in excess of what most savers can get by stashing their money in the bank or building society. Should inflation meet the most pessimistic forecasts, then it’s likely that an investor will still be able to grow their balance sheets without fear of erosion.

Even better news is that many of these listed companies have made it policy to increase dividend payouts in line with inflation meaning that investors are protected no matter what happens to consumer prices.

You can also benefit if you invest in companies which pay their dividends in US dollars because the fall in the value of the pound has made these much more attractive. Last year, HSBC paid out $0.51 per share in dividends which was worth 34p in 2016. Today, that has risen in sterling value to 43p – an increase of almost 25%.

The downside of shares

Of course, shares can go down in value as much as up. And while a little bit of inflation is unlikely to hurt most investors, a lot could be extremely damaging. The alternative for those seeking protection against a possible sharper rise in prices may be government and corporate bonds, particularly those which are index linked and so would track the inflation figures.