Prospects for the UK housing market in 2017

There’s a lot of negative talk about the UK housing market. Not enough homes, very little that’s affordable, and bad conditions for tenants are just some of the complaints. They’re all true, of course – and that’s been rather a depressing thought for homeowners and renters alike. But is 2017 likely to be any different? We’ve looked at the forecasts and policy changes on the horizon and picked out the factors that could change things one way or another next year. 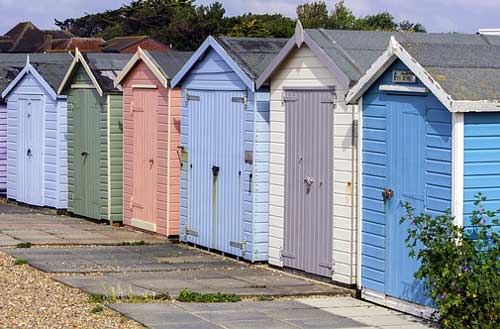 The need for new homes

UK chancellors haven’t had great success when it comes to housebuilding. However, Philip Hammond has had positive feedback from the Royal Institution of Chartered Surveyors who said his current plan – announced in the Autumn Statement – has legs. Next year we will see attempts to unlock land for housing. There will also be a £2.3bn housing infrastructure fund designed to help establish the infrastructure for new homes. Money is also being funnelled into the creation of more affordable housing, something that’s essential if the UK housing market is going to have a brighter future.

No one seems to know what will happen with interest rates. However, a number of experts have now speculated whether 2017 is the year in which they go up. This would have an impact on anyone with a mortgage tied to the Bank of England Base Rate – or to the rate of another bank. It could also affect rents as landlords attempt to pass on their increased costs to tenants. If interest rates do go up this won’t do much to help stimulate the housing market back into the pink.

For renters there is good news in that the government has recognised how ridiculous letting agents have become with their fees. “As soon as possible” steps are going to be taken to stop agents from charging tenants for up front fees. Instead, landlords will bear the cost, as they have more choice in terms of which agents to use. This move recognises the fact that some letting agents have gotten out of control with their tenant charges. Another injustice this has highlighted is the reality that many letting agents charge their fees twice – once to the landlord and once to the tenant.

Landlords of residential properties currently get tax relief on their finance costs. However, in 2017 this tax relief will be severely restricted and only available as basic rate tax reduction. This will make being a landlord more expensive as more income becomes taxable. The main finance costs involved are interest on mortgages, loans and overdrafts. The general consensus is that landlords already get too much of a helping hand – particularly given the vast rises in rent in recent years. However, savvy commentators have pointed out that landlords have a habit of passing costs on to tenants. So, all that this loss of tax relief may mean is that rents climb even further. The loss of tax relief will be gradually phased in from 2017 over the next four years. It’s worth noting that this loss of relief won’t affect any landlords who hold their properties through a limited company.

From April 2018 properties rented out in the private rentals sector must meet certain standards of energy performance. So, next year many landlords will be looking to upgrade boilers and install insulation to avoid being fined. In 2018 it will be unlawful to rent out a property that breaches minimum E rating – the fine per breach is £4,000. As well as the fine, where a property fails to meet these minimum standards then the landlord will not be able to rent that property out until the situation is fixed. The fact that these rules are required at all shows how complacent some landlords have become about tenant warmth and health. Properties advertised for rent now have to display their Energy Performance Rating certificate so landlords cannot hide poor energy performance. For tenants in a property below the minimum standards next year will be the first time that legislation will support requests for warmer, more efficient living.