With the impending closure of Help to Buy what are young people to do?

In a little over two months’ time, the Government’s Help to Buy mortgage scheme will close to new applicants. Launched in the wake of the financial crisis to boost the UK housing market, the flagship scheme provides financial support and guarantees to mortgage lenders to ensure that they continue to offer mortgages with 5% deposits. The scheme was launched in 2013 and since then, close to 90,000 borrowers have taken advantage of it.

But the scheme will close on December 31 despite growing evidence that the UK housing market is slowing down and warnings that the vote to leave the European Union will result in falls in property prices. A number of the major lenders have led demands that the Government extends the scheme but, to date, these appear to have fallen on deaf ears. 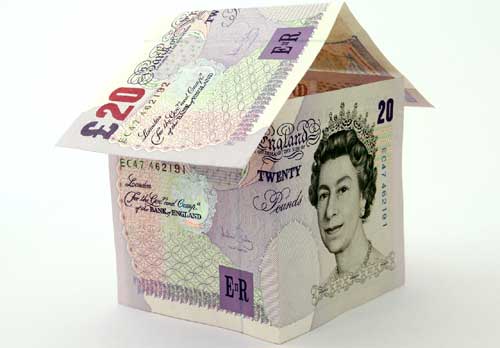 What is the Help to Buy Scheme?

The Help to Buy scheme was introduced to help people with smaller deposits get on the housing ladder. In England, it can be used to help purchase houses valued at up to £600,000 while in Wales the figure is £300,000.

While it might sound as if the scheme hands out deposits to borrowers, the truth is rather different. The Government issues a guarantee to each lender every time it approves a mortgage under the scheme which means that it will make up some or all of repayment shortfall.

That means that the lenders taking part in the scheme are able to offer 5% deposit mortgages on the same terms as 20% deposit mortgages. The scheme has been available to help buyers purchase either new-build homes or older houses.

How does this affect me?

If you are thinking of buying a house and want to get a mortgage which requires you to only put down a 5% deposit, then you should move fast. You’ll need to take out a mortgage under Help to Buy before the end of 2016.

It’s possible that the Government might change its mind in the next month and extend the scheme but don’t rely on this eventuality: the Brexit negotiations are likely to dominate the legislative and financial agendas for at least two years and most experts do not believe that further support for the housing market is among the Government’s priorities.

Why has this happened?

He said that this meant that the scheme’s purpose had been achieved and that when it ends, buyers will still be able to get mortgages that require only a 5% deposit.

The problem is that mortgages with high loan to value (LTV) numbers (and 5% mortgages are among these) are more expensive than others. Buyers will typically pay more than 2% extra in interest for a 95% mortgage than for a 75% or 80% mortgage.

Interest charges over the lifetime of a mortgage are also significantly lower for a 90% mortgage so younger buyers looking to get on the housing ladder for the first time would be well-advised to find a way of saving or borrowing that extra 5% of a deposit to save themselves money over the longer term.

What are the alternatives?

For younger buyers who are thinking of buying a new-build house worth less than £600,000 (£300,000 in Wales) and with a deposit of at least 5%, the Government is still running its Equity Loan scheme. Under this scheme, the Government will lend the buyer up to 20% of the price of the property – interest free – for the first five years of the life of a mortgage. That means that people taking advantage of the scheme can access cheaper mortgages because they would only have to borrow 75% of the value of the house. The scheme is set to run until 2021

The Help to Buy ISA will continue to run until at least 2019. Under this scheme, first-time buyers can save up to £200 a month into the ISA with the state adding a further 25% on top. The maximum that can be held in one of these ISAs is £3,000.