It’s been dubbed the “dementia tax” and in the run-up to the General Election caused a huge controversy which resulted in Theresa May announcing a hasty u-turn in response to a backlash from Conservative-supporting newspapers and groups representing the elderly. But what is this tax and how would it effect families and elderly people across Britain? 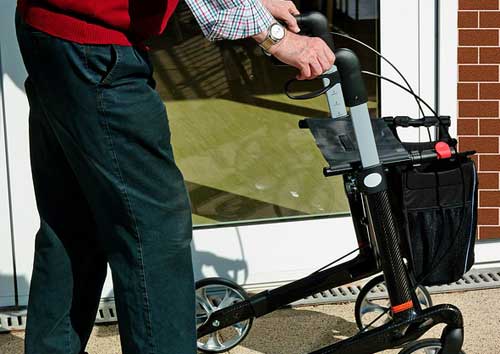 What is the “dementia tax”?

The so-called dementia tax is a series of a proposals from the Conservatives to reform the way that social care is provided and paid for. Under the Tory plans, anybody who decides to stay at home and receive care rather than moving into a residential care home would be able to pay for it using the value of their property once they have passed away. The plans put a threshold of £100,000 on the care meaning the entire value of the home apart from that first £100,000 would be reclaimable after a person’s death if he or she had social care in older age.

The policy was announced by the Conservatives at the same time as an end to universal winter fuel payments and scrapping the so-called triple lock on pension payments.

How does this differ to current arrangements?

Currently, pensioners with more than £23,250 in assets have to fund their own care. While this sounds simple, it has meant thousands of elderly people seeing their life savings vanish to pay for their care in a home.

The new policy would replace that £23,250 floor with a much higher one of £100,000. The change of policy was accompanied by a promise that anybody in this position would not have to sell their home to pay for their care. Instead, the state – using private financial providers – would defer payments until death when the total cost of the care would be recouped by selling the person’s house.

Currently, people who move into residential care are means tested and this will include any asset including their home. But for those who choose to remain in their own home and receive domiciliary care, the value of the house is not taken into account. This would come to an end under the new proposals.

That may mean that up to 700,000 people – the current number thought to be receiving domiciliary care – suddenly finding that the value of their house is being set against their care.

That sounds fair, doesn’t it?

Yes and no. Demos – the policy think tank – came out strongly in favour of the new policy, saying that it would mean that hundreds of thousands of the poorest pensioners who may have savings but have never bought their own home would benefit. But other groups reacted with fury to the changes.

Currently, there are a lot of exemptions for care funding which can mean that a pensioner or elderly couple can get their home disregarded from the means testing that is applied to care. These include where a partner or ex-partner of the person needing care still lives in the property. These groups of people do not have to sell their home to pay for care either before or after their deaths.

Other exemptions include people with a relative aged over 60 or under 18 living in the same house, where a property is being sold to downsize or for those whose stays in residential care are only temporary.

Is there going to be a cap?

Prior to Theresa May’s sudden u-turn in May, anybody with more than £172,000 in assets stood to lose out under the plans. That was because the Conservatives were not planning to put a cap – an upper limit – on the amount that care could cost. This group of people had more to lose and this was considered to be wealthier pensioners.

But the average price of a house in the UK is £216,000 so potentially anybody living in even a modest home could have been worse off without a cap.

There was uproar in the media when the Conservatives’ care plans were announced and May was forced into an unprecedented climbdown. She announced that there would be now be a cap on care payments.

However, the Conservatives refused to put a figure on that cap which means that it could be anything from a relatively modest sum – £40,000, say – right the way up to six figures.