Do you know how to find the cheapest mortgage deal? According to research from the Financial Conduct Authority (FCA) around a third of consumers are paying more than is necessary for their mortgage because they can’t find a cheaper deal. With mortgage debt making up more than 80% of total household liabilities in the UK, small steps towards enabling consumers to pay less could make a big difference to standards of living. The FCA is proposing changes to the way that information is provided about products and intermediaries that could give consumers the opportunity to make significant savings. 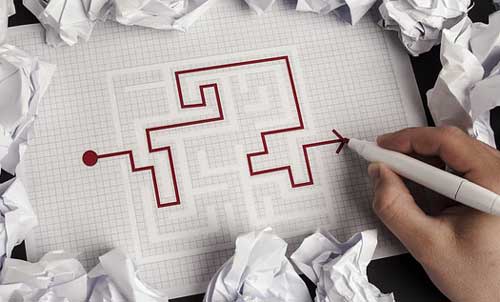 The FCA research was released earlier in 2019 as part of the regulator’s final report on the mortgage market study. The study suggested that shopping around to find a cheaper mortgage deal is complicated and difficult. As a result, one in three Brits fails to find a new mortgage that would cut their monthly costs. According to the FCA findings, if those people had been able to find a lower cost mortgage they could have saved £550 per year.

A lack of transparency over products

The biggest issue identified by the FCA is a lack of transparency early in the sales process in terms of which products consumers qualify for. This has meant that many consumers are simply not getting the best mortgage deal for them because there is no easy way to see what their options are. According to the regulator, the solution to this issue must be industry-led with lender engagement identified as the key to ensuring that consumers are getting the right mortgages for their circumstances, at the right price. Some lenders are already developing tools to make it easier for consumers but these are still fairly limited. If the industry is not able to come up with a solution that gives mortgage borrowers more help to find better deals, the FCA has not ruled out the possibility of regulatory intervention.

The FCA has suggested that finding a cheaper mortgage deal would be easier if eligibility and other qualification criteria were made available to other market participants at an earlier stage. This would mean that customers would more easily be able to see which mortgages they qualify for. Not only would this make it more straightforward for brokers to help match the right product to the right consumers but it should also provide more opportunity for useful tools to be developed for borrowers to use on their own.

The issue of intermediaries

Mortgage intermediaries represent another area where the FCA established that change would be beneficial for consumers. The report identified that the choice of intermediary (broker) has a direct impact on how much a consumer will pay for their mortgage. So, for example, there is a strong link between mortgages that cost more and intermediaries who tend to limit their business to just a few lenders. The FCA wants to see more tools in place to help consumers shop around to find an intermediary that is best suited to their needs. It has also suggested the creation of a directory that would help consumers to make a better informed choice about intermediaries.

(note: When you enquire about a mortgage through our website you benefit from a “whole-market broker”.)

The FCA has proposed new lending rules that deal with how customers are assessed by lenders in terms of whether or not they can afford to switch to a new mortgage. In the same report the regulator also tackled the issue of Mortgage Prisoners who are currently trapped in a previously agreed mortgage and unable to access a better deal that could significantly cut their costs. Many of these mortgage prisoners took out their loans before the financial crisis. Some are stuck on interest-only deals that mean none of the capital is being repaid. Others have become trapped either because lending criteria have become stricter or because their own personal circumstances have changed. For those who are now financial prisoners of a pre-existing mortgage, the FCA is proposing that modified affordability criteria be applied by lenders when it comes to assessing whether a borrower might be eligible for a better deal.

On the whole, the FCA research identified that the mortgage market is functioning relatively well. However, it also highlighted clear areas for improvement with respect to the transparency and range of tools that consumers have access to when it comes to finding a cheaper mortgage deal. If the recommendations go ahead, those who are currently not able to find those better lending options could be saving more than £500 a year.