Money & Happiness: What makes people happiest, and what role does money play?

The link between money and happiness is one that has been explored and reviewed for generations. Are happy people wealthier? Are wealthier people happier? We’ve all heard the phrase that “money can’t buy happiness” but how accurate is that when it comes to the science? 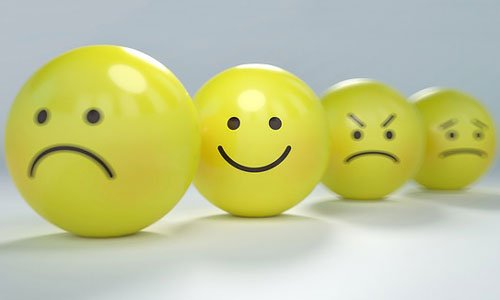 What role does money have to play in our happiness?

There is plenty of scientific evidence to suggest that money can influence the way that we feel about life. Although you don’t necessarily have to be incredibly wealthy to be happy, having enough money to be financially comfortable does make a difference to happiness. For example, one study found that well-being is connected to income and rises with income levels up to an annual salary of about £55,000.

The link between income and satisfaction

Most of the studies looking at money and happiness have found that there is a link between a rising income and levels of general satisfaction with life. However, it’s not a particularly straightforward equation. A rising income, for example, is likely to have much more of an impact on those who are currently struggling or living on a low income. An increase wages or pay will have less of a positive impact on someone who is already very well off. And most of the evidence suggests that, as income goes up, the impact that it has on levels of satisfaction becomes smaller, especially after the point at which we are officially ‘comfortable.’

Are we happier for being richer?

One interesting take on the role that money has to play in happiness comes from looking at happiness levels in different countries. Countries that are richer don’t always have the happiest citizens – and as wealth increases in a particular location there doesn’t tend to be a corresponding spike in happiness. The trouble is that we often expand to live within our means and so the impact of any increase in wealth is soon forgotten. So, you might be just about surviving on a minimum wage in one job and experience an increase in happiness when you move to another role that sees your income double. However, all the evidence suggests that, within a year, you are likely to have adapted to that new level of income and be looking for another pay rise. So, in a way the boost to happiness received from an increase in income has been lost.

What actually makes us happy?

According to research, the ‘happiness baseline’ that all of us will return to is made up of three critical factors:

Many of us believe that being rich or having the right partner, for example, are essential for happiness. However, the science says that these things can only ever account for 10% of overall happiness. And while 50% of happiness is dictated by your genes – and, as a result, is a bit of a lottery – that still leaves a huge 40% that can be influenced one way or another by the way we think and by what we do. In order to take advantage of that statistic, happiness researchers tend to recommend steps like a daily gratitude journal, learning to love yourself, setting goals for your life and being able to forgive, both yourself and other people. Meditation is also thought to contribute to higher levels of happiness.

The habits of happy people

There are lots of different theories on happiness, some scientific, others not. However, there are some key habits that all happy people seem to share. These include:

Although happiness is something that many of us look for, very few of us would probably say that we’d achieved “being happy.” However, the good news is that you don’t need to be rich to be happy – positive thoughts appear to be worth more than their weight in gold.