How Meat Free Monday could save your finances – and your health

#meatfreemonday – it’s a great hashtag. But is that all it is? If you’re not using it to win more followers on Instagram with photos of vege dishes then isn’t it just another social media trend? Actually, no.  Meat-free Monday was launched in 2009 by Paul, Mary and Stella McCartney and it’s not just about jumping on the trend for clean eating or vegan lifestyles. It’s a perfect example of the way that making lifestyle adjustments – such as one day a week without meat – can have a broader impact on your world, from cutting your monthly costs, to making you healthier and reducing the impact you have on the planet. 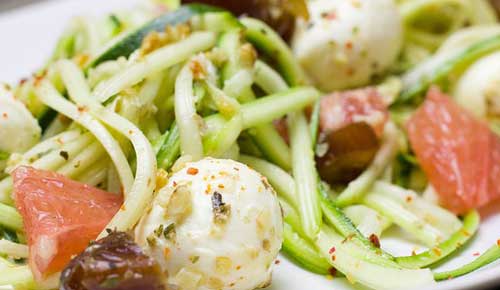 How can you have a Meat-free Monday?

Simple, just plan for one day a week when you don’t have bacon for breakfast, ham in your sandwiches at lunch or chicken, beef or pork for dinner. Many people have found that the challenge of a Meat-free Monday has made them more creative in the kitchen and inspired a new love of food. Meat-free recipes are not what they used to be. Vegetarian and vegan food has come a long way from the days of tasteless tofu and bad lentils. Just look at (and try) the simple, meat-free recipes being prepared by food gurus such as Deliciously Ella and Amelia Freer.

What are the benefits of a Meat-free Monday?

Ok, so you get to discover a whole new range of dishes and tastes but is there anything else that really makes a Meat-free Monday worth the effort?

Save money on your family budget – the simple mathematics tell us that feeding your family meat costs more. In fact, you only have to spend half an hour in a supermarket to see that for yourself. The average UK family spends £15.80 a week on meat and fish, according to the Office for National Statistics. Over the course of a year if you had just one meat-free day a week you could save over £100. Switch up to three days a week meat-free and you could save around £30 a month and over £350 a year. As the cost of living rises, and we’re all looking for ways to ease spending, Meat-free Mondays are a very simple way to do it.

Be healthier – although there’s lots of conflicting advice out there on the consumption of meat and the problems it can cause it’s clear that we don’t need to eat it every day. In fact, high profile health organisations now say that reducing meat consumption is a great idea. “Choose mostly plant foods, limit red meat and avoid processed meat” is the advice from The World Cancer Research Fund. Eating less meat will make us healthier – that’s not in doubt – but does it really have a significant impact on serious diseases?

Cutting the risk of cancer, strokes and heart disease – numerous studies highlight reducing meat intake as a factor in lowering the risk of diabetes, cancer and heart disease. Oxford University’s department of public health carried out research that found the effects on the health of the country as a whole could be very significant indeed. The research established that reducing meat consumption to three times a week or less could lower UK death rates – by 31,000 deaths for heart disease, by 9,000 for cancer and by 5,000 for strokes.

Contribute to reducing the costs of the NHS – few people in the UK would relish the disappearance of the NHS but it’s certainly struggling financially. If we all reduced our meat intake to less than three times a week we could save the NHS £1.2 billion in annual costs. That’s a lot of beds.

Be a planet (and animal) advocate – the mass meat industry actively destroys the natural environment that supports us in ways that most of us don’t even realise. For example, livestock production for meat is responsible for between 14.5% and 50% of global greenhouse gas emissions. It’s also a cruel and brutal industry for the animals we eat. Many are poorly treated, diseased, sick and live a miserable life before they are slaughtered.

Flex consumer power for more compassionate farming – the main motivation for not giving cows fields to graze in or chickens yards to peck around in is always cost. Choosing to buy less meat – and to opt for meat from animals that have lived in better conditions (i.e. organic and free-range) when you do  – provides you with better quality, better tasting meat. It also sends a powerful message to the farming industry that cruel and damaging mass production is not ok.

Being less of a meat-eater has never been so cool – flexitarianism is officially one of the food trends for 2017. Flexitarianism is a predominantly, but not completely, vegetarian diet that provides a softer alternative to cutting out meat altogether. And it’s easier to accommodate too, as you can fit your eating choices into your lifestyle. If the idea of switching up your diet to be healthier, fitter, more compassionate (and less expensive) appeals, it looks like 2017 is the ideal year in which to do it.