Survey: Is University Worth It?

It’s well known that with the introduction of university tuition fees, going to university has become more expensive. And over time the amount that could be charged by universities has increased further.

At the same time, more and more people have been going to university, leading some people to question the value of a degree.

There have been reports of some graduates spending large amounts of money on a university education only for them to find that they don’t enjoy life at university much and more devastatingly that their degree doesn’t help their career in the way they thought it would.

So we wanted to understand if going to university is worth it? 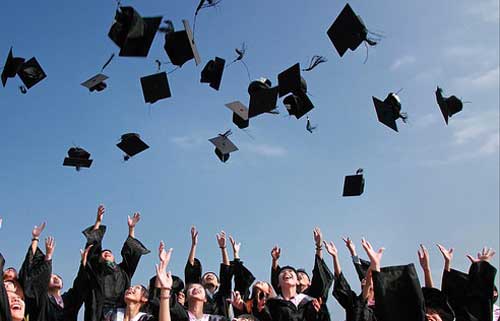 Of course, using the material supplied by universities themselves to answer this question is somewhat biased. Most universities report how many of their graduates are in further study or work within six months of graduating. However, these numbers don’t tell you if that employment is related to the degree the graduate studied.

Not all graduates who were surveyed were equally sure that attending university had helped them enter a career that they wouldn’t have been able to access otherwise. Only 41% of respondents felt that university had benefited them in this way.

8% of people said that they had met their life partner at university, citing this as a positive of the university experience.

10% of respondents felt that going to university hadn’t helped them at all in their chosen career and the same number felt that having a degree didn’t help them to secure a higher salary.

Generally, the positives outweighed the negatives with more people reporting good university experiences than bad ones. Only 2% of people felt that they hadn’t learnt about a subject they were interested in and 4% felt that university hadn’t helped them to go on and study further.

How men and women saw their university experience varied considerably especially when it came to the impact that going to university had had on their careers.

Men were more likely to feel that one of the benefits of attending university was that doing so had enabled them to secure a higher salary in their chosen profession. 28% of men agreed with the statement “’Yes, it was worth it because I secured a higher salary in my chosen career than I would have done otherwise” compared to just 17.9% of women. Men were also slightly more likely to feel that their time at university allowed them to develop professional connections that benefited them later in their career. 17% of men cited this as a benefit of attending university compared to 13% of women.

The survey also showed some interesting trends based on age. Respondents over the age of 65 were the age group most likely to feel that their university education had helped them secure a career that they couldn’t have otherwise.

Respondents aged under 35 were the most likely to claim that attending university had helped them build professional connections.

“Students in financial difficulty, may be tempted to take out a personal loan, but this is something that needs to be considered carefully.”

Here is an infographic summarising the survey results which you are more than welcome to embed in your website.

Grab the Code!
Please include attribution to Solution Loans when you use this – thank you.