With the tuition fees cap about to be raised and many students already paying £9,000 a year to go to university, the stakes in higher education are much higher than they used to be. As a result of the enormous financial investment that is now involved in getting a degree, there is an increased focus on the quality of the teaching and whether courses are delivering in terms of results and value for money. Many universities are now bracing themselves for complaints, not just about the courses but the facilities – such as accommodation – too. But what can students really do if they don’t feel that their chosen degree has delivered value for money? 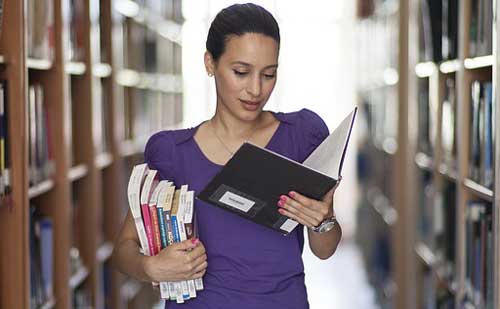 Degrees vs. goods and services

It’s worth remembering that what students pay for isn’t the degree itself. There’s no guarantee that anyone will walk out of university with the degree that they’re hoping for and no amount of cash spent will (or should) change that. What’s being paid for are the services and facilities that enable students to do their very best when it comes to getting the degree. And if these are substandard, or not as advertised, then surely there should be some way to get compensation.

If there’s a problem with the teaching, accommodation or services then the first port of call will always be the university’s own complaints process. Most universities post their complaints policy online for easy access and it should be fairly simple to follow the steps to begin a complaint.

The Competition and Markets Authority is getting increasingly involved in the way that universities are complying with consumer law. Their guidance for higher education institutions provides a useful benchmark against which to judge whether a complaint has a good chance of succeeding or not.

Office of the Independent Adjudicator for Higher Education

The Office of the Independent Adjudicator for Higher Education (OIA) is an independent review body for student complaints and a second port of call if an internal complaints procedure has been unsatisfactory. The OIA upholds around a quarter of the complaints that it receives and has the power to order compensation to be paid. Interestingly, research carried out by the OIA found that most students who complain aren’t looking for a cash payment but for some kind of fair restitution. Large pay outs are not a common occurrence – the highest made was for £45,000, which involved a dispute over a PhD which had been a lengthy and damaging process for the student.

If internal procedures have been exhausted then it is possible for students to sue their universities for compensation. However, this is a complex and expensive process and requires a pretty high standard of fault and also evidence. However, students do go ahead and sue universities – and over something as simple as feeling that they have been given the wrong grade. For example, student Andrew Croskery sued Queen’s University, Belfast when he didn’t get the grade he was hoping for citing poor supervision as the reason. Mature student Mike Austin is probably the most successful student to sue in the courts, receiving £30,000 from the University of Wolverhampton in an out of court settlement for a range of problems such as lecture overcrowding and non-delivery on promises made.

So, for students who feel that they have not received value for money when it comes to a degree it is possible to take action. The first step should always be to make contact with the university to see if the situation can be rectified, followed by the filing of an official complaint. After that, it’s possible to get the OIA involved and finally to move to the courts. However, the further away this gets from being an internal matter the more costly it can be – and for those already struggling with student debt that could be a seriously off-putting factor.