How will consumers benefit from the cap on rent-to-own lenders?

UPDATE Nov 22 2018: The FCA has confirmed that it intends to cap the maximum charges that can be applied so that they are no more than the original cost of the item. Plus, the retailer will need to benchmark the price of the item against 3 other retailers. The FCA estimates these changes will save consumers £22.7m per year. There will be a 2 day cooling off period for extended warranties. There is a final period of consultation until 17 January 2019, with the intention to implement the new rules on 1 April 2019.

The UK rent-to-own sector is currently undergoing quite a transformation. Back in autumn of 2017 it was revealed that the Financial Conduct Authority (FCA) had found some serious irregularities in the way that rent-to-own was being managed. Rent-to-own businesses were found to have failed to properly assess customer ability to repay in a number of cases. Where this was established, the FCA ordered businesses like BrightHouse to make compensation payments. Under a £14.8m compensation scheme agreed with the FCA, a quarter of a million people were to receive compensation from BrightHouse. In addition to ordering compensation payments, the FCA also discussed a cap for rent-to-own lenders and it’s now been revealed that this could save consumers even more. 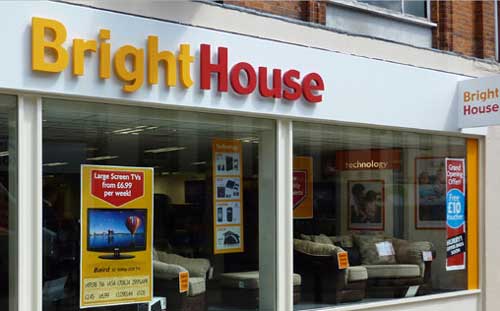 How does the cap apply?

Rent-to-own is designed to offer options for consumers who are unable to pay for items, such as a sofa or a fridge, at full price up front. In exchange for a weekly or monthly payment to rent-to-own companies, these items can be leased and there is usually an option to purchase at a future date. Issues arose when it was revealed that consumers were paying vastly more for items via rent-to-own than they would simply buying the item outright. For example, The Guardian found that a £600 computer at Curry’s was costing consumers more than £2,000 at BrightHouse. However, the FCA has now taken steps to change this, suggesting a 100% cap that will save customers money. Effectively, it means that no one signed up for rent-to-own will ever pay more than twice what they originally borrowed.

Where are the benefits for consumers?

Citizens Advice found that the cap, which is due to come in from April 2019, could save customers, on average, up to 30%. The charity carried out an analysis of a range of the products currently available with rent-to-own lenders to establish how much consumers could potentially save on each one. The results showed savings of £174 on a 6kg washing machine – before the cap, rent-to-own customers could have paid an average of £584 but after the cap this would be limited to a maximum of £409. A saving of £123 could be made for customers looking to rent-to-own a 50cm electric cooker, £302 on a 60cm fridge freezer and £640 on a two-seater leather sofa.

Currently, rent-to-own firms can charge whatever they like for items – and tend to do so as long as there are customers who are willing to pay. As well as the charges for the items themselves, lenders often add on additional fees for delivery and installation. When the payments are broken down into a much smaller monthly or weekly amount it’s often easy for consumers to lose sight of the overall total cost. What the new cap will do is ensure that these payments don’t escalate beyond a certain level.

When will consumers benefit from the cap?

Currently, the 100% cap is a proposed change that is part of new rules being drawn up for the rent-to-own industry and due to come into force in April of next year. It is similar to a cap that was introduced into the payday loans sector in 2015 and which has had a very positive impact – the volume of unmanageable debt has been cut by half. In both situations it was the excessively high interest being applied to the debts that was causing people to end up paying five or six times more than they borrowed. Citizens Advice estimates that the cap on rent-to-own could result in total savings of £62million.

Why was the cap necessary?

Complaints about rent-to-own lenders have soared in recent times. These are often based on high interest rates or an excess of added-on fees. The Citizens Advice research found that nearly 60% of those who signed up for rent-to-own ended up paying late payment fees, for example. On average these added on an extra £72 to the total cost of the loan. The new FCA rules propose to cap these charges at £15 per agreement, per year. There has also been a lot of misunderstanding between consumers and lenders over the terms of these loans, which are often fairly opaque and unclear about the total cost to a borrower. The same research also established, for example, that 25% who purchased a rent-to-own product weren’t aware of the total amount they would end up paying.

The rent-to-own sector makes owning items more affordable for many people – with the new proposed rules in place it will also offer a much fairer deal.