The Marriage Tax Allowance was introduced in April 2015 and is designed to benefit couples who are either married or in a civil partnership. It’s essentially free money and is available even where one partner has passed away – and yet around 1.5 million people in the UK have yet to claim it. Whether it’s a simple reluctance to make a claim for the allowance or a lack of awareness that it’s actually available, if you are married or in a civil partnership and you’re not claiming then you could be losing out on £230 a year. 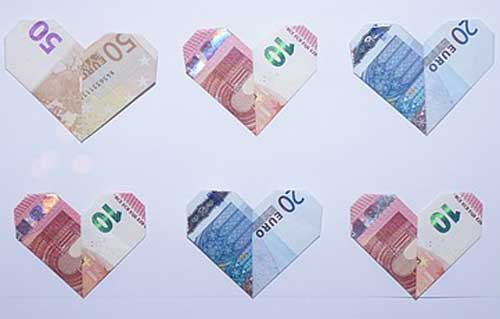 What is the Marriage Tax Allowance?

It essentially allows couples to share a small percentage of their individual personal allowance between them. The tax free allowance is the amount that everyone in the UK is entitled to earn free of tax every year. For the 2017/2018 tax year it is £11,850. Those couples who are entitled to the Marriage Tax Allowance can transfer 10% of the allowance from one partner to the other (£1,190).

Who is entitled to the Marriage Tax Allowance?

It’s available to anyone who was born on or after 6 April 1935 and who is married or in a civil partnership. The allowance is not available to couples who are simple cohabiting. There are two key conditions to note for the Marriage Tax Allowance:

It doesn’t matter if you’re living abroad as long as both partners get a personal allowance. Having a personal pension also won’t affect entitlement to the allowance.

What if one of the partners has died?

As of 29 November 2017, it’s still possible to make a claim for the Marriage Tax Allowance even if one partner in the relationship has died. As long as the above conditions are met it’s highly likely that the claim will be successful.

How do the numbers work?

How can you apply for Marriage Tax Allowance?

The applications process is fairly simple and you can do this via HMRC. The person who is the non-taxpayer will need to provide a form of ID from the list and both partners will need to be able to access National Insurance numbers. It’s important to note that it’s the non-taxpayer who must make the application, as they are effectively asking HMRC to transfer 10% of their personal allowance to their partner. If the application is made by the taxpayer then this will be the wrong way around and may need to be done again.

The Marriage Tax Allowance – other points to note

Currently, 2.7 million people in the UK benefit from the Marriage Tax Allowance but there are still 1.5 million who are eligible but who haven’t claimed. It’s worth checking to make sure that you’re not missing out on quite a substantial pay out.