How to avoid being ripped off for your mobile phone – like 4 million people are!

According to research carried out by Citizen’s Advice, 4 million people in the UK are currently paying for mobile phones they already own. This amounts to a total of around £490 million being wasted. Confusing contracts mean that millions of people are still being charged for their phones under combined handset and data tariffs long after the value of the phone has actually been paid for. The issue has become so significant that now the telecoms watchdog Ofcom has launched a consultation to establish a way to make the process fairer and clearer for consumers. 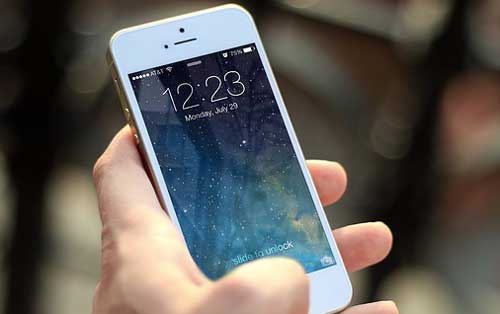 The way we pay for our phones has changed

83% of UK mobile phone users have a smart phone today – and we spend an average of two hours every day on those phones. Looking up arrival times for a bus, online shopping, reading the news, browsing social media, answering emails or swiping on dating apps, these are just some of the activities that make having a smart phone so essential to so many people. As a result, when we sign up for a mobile phone contract today, for most of us it’s a smart phone that we’re getting. Buying that smart phone outright would cost several hundred pounds. However, mobile phone operators such as EE and Vodafone have evolved the way they charge customers so that the cost of the handset can be factored into the monthly fee. And this is where all the issues have arisen.

The issue of overcharging

According to Ofcom research, roughly two in three people who pay on a monthly basis for their phones are signed up to a contract that integrates payment for the handset itself with the cost of monthly phone usage. In theory, the idea is sound – if you can’t afford to pay for the phone separately then dividing the cost into monthly payments makes sense. However, when the contract comes to an end, many mobile phone providers keep charging the consumer at the same price every month. Even though that price includes a proportion of the cost of the handset that has now been fully paid for. This, effectively, creates a penalty for anyone who doesn’t upgrade at the exact moment that their old contract finishes. One in three people go beyond their original contract period and, on average, end up paying another six months worth of monthly charges after the contract has ended – at the same rate. Citizen’s Advice worked out that this was roughly a £22 over payment per month, which is £490 million when spread across the four million people thought to be in this position.

Is it cheaper just to buy the phone?

Yes. According to Citizen’s Advice research, in 73% of cases it would be cheaper just to pay for the cost of the phone and then buy the rest of the service separately. The problem is that most of us can’t see this because mobile phone contract wording disguises how much of each payment is actually the cost of the phone and how much relates to usage. In fact more than half of people who paid for their phone as part of a bundled contract like this thought they were taking the cheaper option.

How is this being tackled?

Ofcom has launched its consultation process and is looking at introducing a requirement that mobile phone providers have to notify people when they get to the end of their contract. However, Citizen’s Advice has suggested that this should be simpler – just require the mobile phone provider to stop charging for the phone once it has been paid off and automatically drop the monthly fee. In addition, the proposals would require more transparency when it comes to the issue of pricing so that customers can actually see what they are paying for the phone. The Ofcom consultation comes to an end in November and the results will be published in 2019.

What can you do to avoid being overcharged?