How to avoid being duped into laundering criminals’ cash

Money laundering is something that we tend to associate with large companies and big banks. However, new figures from the UK’s fraud prevention service, Cifas, have indicated that money laundering is becoming a much more personal problem. According to Cifas, we are entering an era of vulnerable individuals being used as “money mules” to launder the cash of criminal enterprises through their own bank accounts. 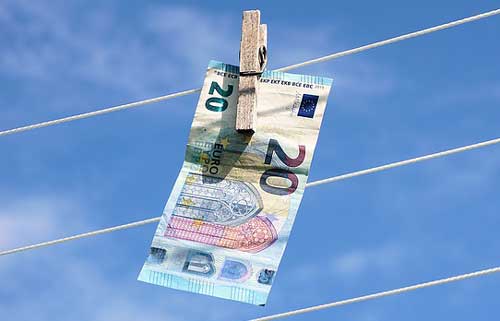 The definition of a money mule is effectively someone who is being used by criminals to move money from one account to another. The money goes in to the individual’s account as “dirty” money, often the proceeds of people trafficking or drugs, for example. Then, when it is transferred on from the individual’s account, it has been cleaned or laundered. Using money mules enables criminals to avoid the authorities and to keep the proceeds of illegal enterprises under the radar.

How does someone become a “money mule”?

Criminal gangs are increasingly targeting those with money issues, such as students or young people, and offering them the opportunity to be a money mule, often under the guise of a job offer. Social media provides a platform for fraudsters looking to reach out to people who might potentially be open to allowing their bank accounts to be used in this way. According to Sandra Peaston, Assistant Director at Cifas, Whatsapp is the communication tool of choice for fraudsters seeking victims who are often lured in by fake money making schemes or even fake job offers.

How does money laundering work?

It involves an individual making their bank details available so that money can be transferred into and out of the account. Usually, when the money is transferred out of the account, the victim is entitled to retain a small percentage. Around 32,000 bank accounts were highlighted in 2017 as potentially belonging to money mules so it’s an issue that involves fairly large sums of cash.

According to the experts, the money that these accounts are being used to launder has usually come from drug smuggling, people trafficking and terrorism. So, while there may be some small benefit for money mules, the end result is that they are supporting some of the worst elements in society. It’s also worth bearing in mind that handing over bank details to anyone, let alone a fraudster, leaves an individual open to serious financial harm. Once a criminal has bank details that belong to a money mule they could be used for anything, from scamming that individual to creating a false identity in their name.

What about the law?

How do you avoid becoming a money mule?

According to Cifas, between January and September 2017, there were 8,652 cases involving 18-24-year-olds being used as money mules. It’s a growing problem targeting younger individuals – so, how do you avoid getting inadvertently being made a money mule?

If you get a job offer that is written in poor English or full of grammar or spelling mistakes then this could be a warning sign. Make sure you look further into the company and what it actually does before you agree to anything. If you need money then it makes more sense to look at other ways of earning it or borrowing it – don’t take unnecessary risks.