How being nudged will help you manage your money better

American economist Richard Thaler was awarded the Nobel Prize in economics this year. His work in behavioural economics – in particular, developing “Nudge Theory” – has put him firmly on the map as a problem solver. It has also opened up the idea that behavioural economics might have more of a role to play in helping all of us to do better when it comes to managing our money. 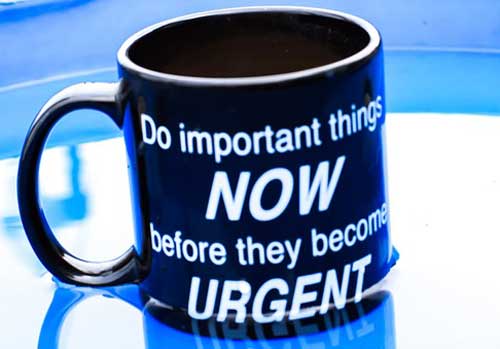 What is Nudge Theory?

It’s basically the idea that we can be given a “nudge” in the right direction when it comes to our finances. Instead of penalising people who aren’t doing well financially, subtle policy shifts help to create change at the other end of the scale. A good recent example is pensions auto-enrolment, which was introduced in the UK in response to the fact that retirement savings rates among UK citizens were far too low. Under auto-enrolment workers are now automatically placed into a pension scheme and must actively opt out if they don’t want to remain in it. The statistics indicate that it has worked too – private pension scheme membership jumped from 2.7 million to 7.7 million in 2016.

Why does Nudge Theory work?

It makes it easier for people to make a specific decision – perhaps, the “right” decision. So, for example, in the case of auto-enrolment, introducing this new automatic step made it far easier for people to enrol in a pension scheme. It gave people a way to overcome an obstacle – the fear that it is too complicated to get set up with a private pension scheme – by making this happen automatically. Nudge Theory has also been used in other contexts too, such as organ donation. Automatic opt-ins for organ donation work on the assumption that most people do actually want to donate their organs when they die but just don’t actually get around to registering. The opt-in means that this is done automatically so people are nudged in the right direction with the minimum of effort.

What are the criticisms of Nudge Theory?

Mainly that it is intrusive and paternalistic. There have also been some who have said that this kind of overbearing influence could have some impact on civil rights. However, both the US and UK governments now have their own teams working on ways in which this kind of behavioural economics could be factored in to policy making to generate better results.

How can Nudge Theory help with savings?

Saving is something that many of us often put off until “the future.” Although 42% of UK adults said that they would save more after a pay rise, the reality is that few of us get around to doing it. Products and schemes developed along the lines of Nudge Theory can help us to start taking steps in the right direction. They can enable us to take advantage of that small window of opportunity in which there is enough money around to make change – such as just after we have been given a pay rise.  For example, the same Nobel winning economist Richard Thaler has developed Save More Tomorrow (SMarT). SMarT is a scheme that encourages people to commit a fixed percentage of any future pay rise to savings – before that pay rise has actually happened. Over the course of four pay rises, the first implementation of SMarT found that the average saving rates of those who took part increased from 3.5% to 13.6% over a period of 40 months.

All too often, traditional financial thinking just doesn’t taking emotions into account when it comes to looking at financial behaviours. However, the reality is that they have a big role to play in the way we handle our money and how successful we are at something like saving. Richard Thaler’s theory fully incorporates emotions. His economic analysis goes much further by also looking at factors such as limited rationality, perceptions about fairness and lack of self-control. In doing so, he has been able to change the way that we approach making improvements to our financial lives.

Is Nudge Theory the way forward?

Right now, behavioural economics like this look to be one of the simplest and most effective ways to help change bad financial habits that many of us have got ourselves into. It has already had an impact on the broader political stage and the chances are that we could start seeing a lot more products that incorporate this kind of thinking and make it easier for consumers to make the right decisions.