The Funny side of Munny – yes there is one!

“Do you want to make money from Facebook? It’s simple. Just go to your computer, turn it off – and go to work!” This is just one of the many jokes that you’ll find online about making cash. Although money is a pretty serious topic for all of us there are times when you need to dial up the humour on subjects like taxes, budgets, not quite living within your means and life envy of the seriously wealthy.

And now might just be the perfect moment. After all, it’s that time of year when the sun is even less likely to make an appearance, we’re back to the routine of school and work, and your summer tan has pretty much faded. Right now, we all need a reason to … 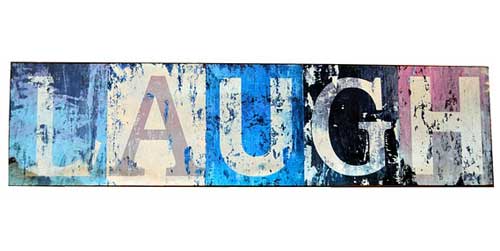 Paying taxes is no laughing matter…

Although maybe it is because over the years HMRC has received what it considers to be some pretty hilarious excuses for not submitting tax returns. Not a joke exactly (although they obviously made the tax office laugh), the tried and test excuses from UK businesses that missed those all-important deadlines make for some pretty interesting reading:

“Our business doesn’t really do anything.”     —Financial services firm

“I’ve been too busy submitting my clients’ tax returns.”     —Accountant

Cash is “funny munny” to some people…

Tax – and where it ends up – tends to be a great source of material for comedians. That’s particularly the case in America where some of the best jokes revolve around what rich people (and the government) do with their cash. For example…

“Two things you need to know about taxes. They’ve extended the deadline to April 18, and when you write your check, just make it out to China.” –David Letterman

Every cloud has a silver lining…

Comedians are experts at finding some humour in even some of the bleakest situations. Bill Murray is one comedian well known for his dry wit, which even managed to make the recession feel a little funnier:

“A few decades ago we had Johnny Cash, Bob Hope and Steve Jobs. Now we have no cash, no hope and no jobs.”

But famous comedians aren’t the only ones who decided to find the humorous side in a cash crisis – the BBC set up a page for jokes about the 2008 financial crisis and some of them are rib ticklers..

“What do you call 12 investment bankers at the bottom of the ocean? A good start.”

“What’s the difference between Investment Bankers and London Pigeons? The Pigeons are still capable of making deposits on new BMW’s”

You might not think that there are many jokes to be made about the cost of living. But some people have the serenity to laugh at the things they cannot change (without another election) and the courage to make a joke out of it – for example, “Despite the cost of living, have you noticed how popular it remains?”

And then there’s Jennifer Saunders’ character Edina Monsoon in the show AbFab who jokingly summed up what it means to be a modern consumer, “I DON’T WANT MORE CHOICE, I JUST WANT NICER THINGS.”

Jimmy Carr is one comedian who has also woven this topic into his shows, “I’d like to leave you ladies and gentlemen with this frightening fact: I’m not sure if you’re aware of this, but if you took all the money that we in the West spend on food in one week, you could feed the Third World for one year. I’m not sure about you people, but I think we’re being overcharged on groceries.”

Of course, Jimmy Carr himself probably hoped that HMRC had a sense of humour when he got into trouble with his taxes. But he’s just one of the many rich and famous who has much more to laugh about when it comes to cash. Although American poet Dorothy Parker’s caustic wit doesn’t exactly paint that to be a good thing… “If you want to know what God thinks of money just look at the people he gave it to.”

But, when it comes to the stark contrast between lifestyles we want and the lifestyles we actually have, Victoria Wood always managed to put her finger right on it – via the medium of a good laugh. “Life’s not fair, is it? Some of us drink champagne in the fast lane, and some of us eat our sandwiches by the loose chippings on the A597.”