Feeling comfortable at work? Here’s what happening in the UK jobs market.

According to figures from the Office for National Statistics, the level of employment in the UK is currently at a record high. Despite the impending doom that many have forecast as a consequence of Brexit from the figures it would appear that, in terms of jobs at least, the economy is thriving. However, some have questioned the current boom in job creation as a false positive in terms of whether or not it’s an indicator of economic health – so, what’s really happening in the UK jobs market? 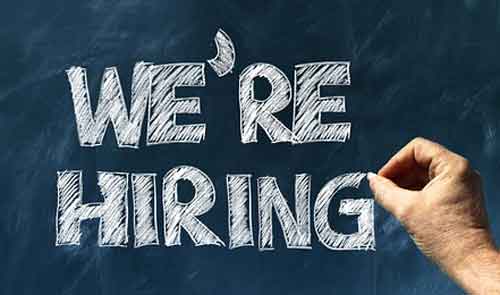 The most recent numbers show that unemployment has hit record low levels of 4%. In the three months running up to January 2019, the number of unfilled vacancies increased by 16,000 to 870,000. This comes in the context of a slowdown in growth, both in terms of the UK’s economic growth and growth on a global level. For example, in 2018, the UK economy grew by just 1.4%, which is the weakest level of growth that the economy has seen in six years. The increasing number of vacancies is putting pressure on employers, especially in industries such as IT, health and food services, which are some of the sectors that have been the most affected. Many are finding it difficult to hire the volume of workers currently required to fill available positions. As a result of this new market – a candidate’s market – total average weekly wages rose by 3.4% in the year to December 2018.

The UK jobs market – under the surface

Although the figures seem to indicate that everyone is profitably employed, all is not quite as it seems:

The hidden impact of Brexit

Another cause of the sharp increase in employment is being attributed to one of the less obvious consequences of Brexit. Bank of England rate-setter Gertjan Vlieghe suggested that, as a result of the uncertainty over Brexit, many companies are not investing in plant, machinery and efficiency driving technology, as they normally might in order to meet the needs of customers. Instead, businesses are hiring people to enable them to keep up with customer demand. Although this might seem like a positive step, the reasoning behind it is that people are much easier to hire and fire. Corporate spending has continued to fall over the past year and British workers are relatively easy to get rid of. If a Brexit shaped recession starts to bite, many businesses would find it difficult to reverse investment decisions in technology, plant or machinery but could reduce a workforce without too much effort. So, rather than being a sign of a thriving economy, according to Vlieghe, the increase in employment could actually be a sign of economic stagnancy.

It’s often difficult to determine what’s really going on with the UK jobs market purely from employment figures alone. As a result of all the different factors involved, from growth rates to the changes in types of employment we have seen in recent years, it’s clear that positive predictions need to be taken with a pinch of salt.