You may have noticed… you cannot buy traditional light bulbs any more. That’s because old-fashioned bulbs have been phased out across Europe as part of efforts to reduce electricity consumption and to combat climate change. You might also have noticed that the energy saving light bulbs replacing these traditional bulbs are much more expensive. In some cases, an individual bulb can now cost as much as £10 when its incandescent predecessor would have been less than £1.

That’s because energy saving light bulbs come in a large number of specifications, wattages, materials and shapes. If you buy one of the more expensive bulbs from a recognised brand, then tests have shown that it is likely that it will save you money over its life time, last for years and provide an exact match with the colour and brightness that is shown on the box it comes in. 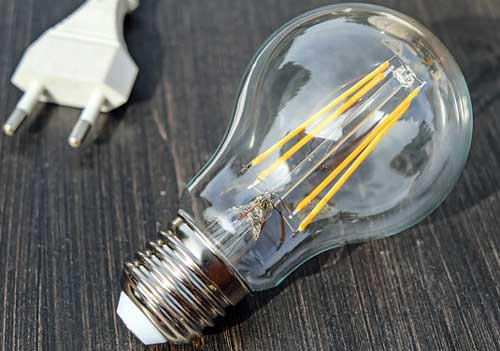 What are the types of energy saving light bulbs?

How much money will I save?

If you replaced a single 60 watt incandescent bulb with its most common successor – a CFL – tests have shown that you might reduce your total electricity bill by about £7 a year. That doesn’t sound like much but if you then replaced a further six bulbs with CFLs, you’d be saving £70 annually. If you live in a large house with, say, 70 bulbs and you replaced all of them with CFLs, then you could potentially save £500 a year on your electricity bill.

But CFLs although the most common form of energy-saving lighting are not the most efficient. The bulbs that will save you the most money overall are LEDs. While these cost substantially more than CFLs, they will last you for years (in some cases they are designed to last for 30 years) and they use less than half the power of CFLs.

Although halogen bulbs are classified as energy saving, they do not actually represent much more in efficiency terms than incandescent bulbs. However, a good quality halogen bulb will last you a lot longer than an old-fashioned bulb.

I want lighting which looks the same as old-fashioned bulbs

One of the now defunct incandescent 60 watt bulbs would have emitted up to 900 lumens (the measure of brightness). If you want to match this exactly, then you need to find a new bulb with the same light emissions. All of the current bulbs in the market have to display this information on the box.

As well as the brightness, the bulb’s packaging will also tell you what warmth of light you can expect. This will often be shown as ‘warm white’ light or ‘cool blue’ light. Some bulbs will be advertised as daylight bulbs which attempt to mimic natural light.

The colour or warmth will also be expressed in Kelvin (K) units. An old-fashioned 60 watt incandescent bulb would have had a colour temperature of somewhere in the region of  2,700K (“warm white”). Look for a similar figure on the packaging of the new bulb and make sure that it is labelled as ‘warm white’.

It’s brightness you need, not just the wattage

This depends on which type of bulb you choose. The packaging will tell you what the new bulb’s wattage is and show a comparison with an incandescent bulb giving out the same amount of light. This can be shown as something like this: 7W = 42W. In this case, the new bulb draws only 7 watts or power but gives out the equivalent amount of light as a 42 watt incandescent bulb.

Why are they so expensive?

Until six years ago, the government gave bulb manufacturers a subsidy to encourage them to move away from producing incandescent bulbs and produce more energy savers. This meant that bulbs were relatively cheap or, in some cases, given away free to homeowners. But these promotions were banned when it was discovered that some householders were not using the bulbs that they had been given.

As a result, the prices of all energy-saver bulbs have risen.

Don’t they take ages to get bright?

While some CFL bulbs take a few minutes to get up to full brightness, all LEDS and halogen bulbs come on immediately and are at the maximum brightness from the moment you press the light switch.

What about dimmer switches?

You can use CFLs and halogens with most dimmer switches but you may need to upgrade your switch if you want to use LEDs which consume far lower amounts of electricity.