Electric cars really are now cheaper than petrol & diesel to own and run!!

Electric cars are the environmentalist’s dream. However, they have long been viewed as a great option only for those who have the money to pay the increased costs of owning one. Now, a new study has revealed that these costs have dropped so far that we may already be at the point where electric cars are cheaper to run than petrol or diesel alternatives. If that’s the case then isn’t it time we all went electric? 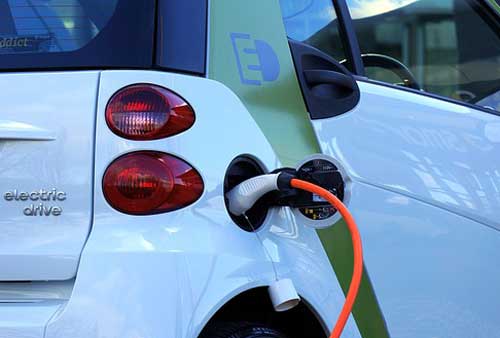 Research carried out by the International Council for Clean Transportation (ICCT) established that, over a four year period, it’s cheaper to own an electric car than a diesel or petrol model in five European countries (including the UK). The cost effectiveness of plug in vehicles comes from a combination of factors, including the price of fuel, government subsidies that are available on the cost of buying the car, as well as the lower taxes that apply to electric vehicles. The study focused on the VW Golf, comparing its electric, hybrid, petrol and diesel models. In what may come as a surprise to many motorists, it was the electric version of the VW Golf that emerged as the cheapest car to own and run. This isn’t the first study to identify electric cars as a cost effective choice. In 2017 University of Leeds research established that, in terms of depreciation and fuel costs, electric cars cost less. It assumed that car finance costs were unaffected by the choice of fuel type.

How about maintenance costs?

Another study carried out by automotive data experts Cap HPI focused on maintenance costs for all vehicles and once again established that the electric car is cheaper. Maintenance costs for a Renault Zoe, for example, amount to £1,100 over three years. However, in the same period the Vauxhall Corsa 1.0T 90 costs nearly £1,500. There are a number of reasons why maintenance costs can be lower for electric vehicles, including:

The cost of fuel

Many potential electric car buyers say they are concerned about the cost of running an electric car in terms of their annual electricity bill. However, it seems that here too there are opportunities to make savings. World Wide Fund for Nature research found that, while the average motorist spends £800 on fuel a year, an electric vehicle will add just £175 to the average electricity bill. If charging is done outside of peak times or using smart charging methods this can be reduced to just £100 a year.

What about the hybrid?

Many car owners nervous about making the switch to an electric model consider a hybrid car instead. However, the ICCT study showed that this option can actually be the most expensive of all. This is partly due to the fact that hybrid vehicles don’t get the same discounts as a pure electric car and also that they effectively have two engines so ongoing costs can be much higher.

Are we buying electric cars in the UK?

Sales of electric cars in this country increased by 21% in 2018 while diesel car sales fell by 30%. However, while there is clearly more interest in owning an electric vehicle, the increased sales still only amount to a 6% market share. This is in comparison to diesel vehicles which, even after a drop in sales, still make up 32% of the market. Most predict that demand for electric vehicles will continue to rise as more and more consumers tap into the cost, as well as the environmental, benefits. However, there is one obstacle: insurance. Currently, insurers charge more to cover electric cars than their petrol equivalents. Until that changes, electric vehicles won’t be cheaper to run across the board.

Electric vehicles represent an opportunity to make real, lasting changes to our transport habits. Not only do diesel and petrol vehicle emissions contribute significantly to global warming but they are at the root of the problem that many of our towns and cities have with air pollution. According to the World Economic Forum, 92% of the world’s population lives in a location where air pollution exceeds safe levels. In the EU it’s the cause of more than 500,000 early deaths every year. With technology now enabling electric vehicles to go further and cost less, the future for motorists worldwide is looking increasingly emissions-free.