Eating out vs. home cooking – The Great Food Debate continues

Food and eating habits can be a confusing business. One minute we’re told that this or that ingredient is a superfood, the next day another report emerges indicating it’s bad for your health. It’s very easy to end up not really knowing what – or how – to eat given the range of confusing information out there. However, while diets and food types tend to be a very subjective matter, when it comes to the choice between home-cooked food or takeaways/eating out in restaurants it’s a little easier to quantify the arguments. 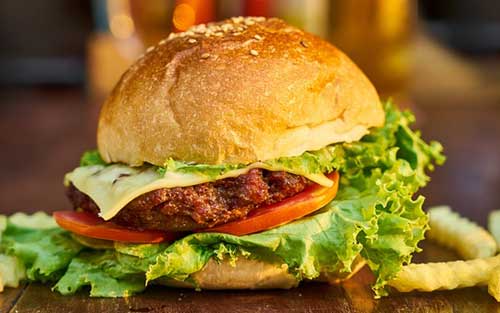 Historically, the takeaway has had a really bad reputation. Nevertheless, according to government statistics, a fifth of UK adults have a takeaway once a week. Typically, takeaway food is fast food – high in salt, fat and sugar and low in nutrients and fibre. The average doner kebab, for example, has 2,000 calories (80% of the daily allowance for the average adult) and a wineglass sized portion of fat (according to research by Hampshire County Council). Just one slice of takeaway pizza can be around 300 calories and almost 10g of fat. These are not the kinds of statistics that will win a healthy eating argument. The government has also found a correlation between obesity and takeaways – obese children are more likely to be from deprived areas and government research shows a close association between the density of fast food outlets and the level of deprivation in an area.

On the whole, takeaways don’t offer a wide variety of healthy food. Even with the arrival of services such as Deliveroo – which open up takeaway options other than pizza or kebabs – the bulk of takeaways will likely remain the high-fat options. But is eating out at a restaurant any better than getting a takeaway? In 2014, an American study concluded that this is not the case, generating headlines such as, “Eating In Restaurants No Better Than Fast Food For Health.” The study found that people eating in a full-service restaurant were consuming just as many calories as those who ate fast food. Although it’s worth bearing in mind that the study did not identify portion sizes it’s still a surprising result.

The same study that identified that restaurants could be just as calorific as a takeaway used home cooking as a point of comparison to both. It found that on average people consume 205 more calories per meal when eating out at a restaurant, as opposed to cooking a meal at home. People eating a takeaway or at a fast-food restaurant consumed an additional 194 calories per meal than those who were eating at home.

Why do we eat more when we’re out?

There are a number of possible explanations for this, including:

What about the financial cost?

There is a lot of conflicting information out there about whether healthy food or junk food costs less. However, in terms of where you’re eating that food – at home or from a takeaway or restaurant – home cooking wins on the financial front every time. In fact, average prices for food cooked at home dropped by 0.5% in the last financial year while restaurant cooked food prices rose by 2.7%. So, it’s actually getting cheaper to eat at home than it has ever been. Given that in the UK we currently spend around half of our annual food budgets on eating out and takeaways (according to the Office for National Statistics) just imagine how much more you could get for that cash by cooking at home more often.

So, when it comes to the great food debate, in cash terms home cooking wins every time – it will always be cheaper to eat at home than to buy a takeaway or eat at a restaurant. With respect to the health statistics, it’s not quite as simple. Yes, you are more likely to consume more calories simply because of the nature of the food on a takeaway or restaurant menu. However, with the wider range of raw food, vegetarian and vegan restaurants popping up, as well as concerted efforts by mainstream restaurants to offer healthier options, you don’t have to. As always, it comes down to being informed about what’s in your food and then making the right choice.