Giving to charity used to mean handing over cash to a collector in the street, putting coins in a box on a bar or counter or sponsoring one of your friends in some energetic endeavour. But as with virtually every other area of modern life, the internet has radically altered the way that charities raise money with a host of online giving sites now allowing you to donate to the charity or charities of your choice within seconds.

The two biggest – JustGiving and Virgin Money Giving – are probably the ones that you’ve heard of but there are others who offer all off the same things: they let fundraisers receive donations via their service, just seconds after donors have offered their money. 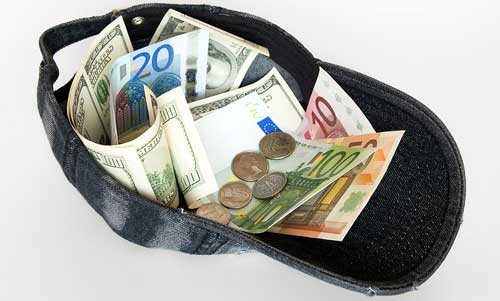 Most of the charity giving sites make clear that they do charge an admin fee but surveys have shown that most people are unaware that these businesses are in it to make a profit. And while nearly all of them take a cut, the difference in fees between the sites can be significant. And the lower the fees the more of your donation the charity of your choice will receive.

There’s no doubt that these sites have made the process of donating money to charity much simpler than it used to be. All of the administration – including the way that charities are able to claim Gift Aid – is handled by these sites. But in order to turn a profit, the sites levy a fee on the transaction or through subscriptions. A minority of the sites, however, do not charge any fees at all.

How do I decide which site to use?

The obvious choice would be pick a site that charges the charity the least amount of money on the donation. But this might not be the best decision: many of the websites with the biggest fees say that their service provides a better result for the charities involved.

And that’s not all. Not every charity is registered with every site, so you need to check that the one you want to give money to is registered on one or more of the sites before signing up.

This is the biggest charitable giving website in the UK with more than 24 million people having donated money to it. JustGiving says that it has helped more than 12,000 charities.

But while it has helped many causes, JustGiving is also one of the most expensive of the websites that provide this service. Each donation made through JustGiving incurs a 5% fee. This means that if you donate £10 to a charity through the site, JustGiving will reclaim the Gift Aid from the Government bringing your donation to £12.50 and take 76p in fees, leaving the charity with £11.74.

On top of this, JustGiving charges charities £15 a month to be included in its service.

Virgin Money Giving does not make a profit and is the fund-raising arm of the Virgin Money financial provider. Its fees are lower than JustGiving’s at 2% on each donation. So, on a £10 donation, Virgin Money Giving will claim back £2.50 in Gift Aid, charge a 20p admin fee plus another 15p for debit or credit card processing meaning that the charity will receive £12.15.

But Virgin Money Giving also charges charities a one-off fee of £100 to join which it says is the equivalent of adding another 35p in fees to each donation of £10.

Every fee is free for charities to register with but has slightly higher fees on each transaction. Its website says that a £10 donation will result in £11.92 going to the charity after Gift Aid has been reclaimed. One of its biggest advantages is that has all 220,000 registered charities in the UK on its books.

Charity Chouse website doesn’t charge charities to register just so supporters can donate. It provides each charity that signs up for its premium service with a micro site featuring the charity’s logo and colour scheme. For this, it charges £89 plus VAT annually. If you use Charity Choice and donate by card, it takes 25p for the transaction although does allow the person donating to pay the charge.

MyDonate is a not-for-profit fundraising site and is part of BT which donates a portion of its profits each year to charity through the site. MyDonate is free for charities but charges fees for debit or credit card donations – 15p or 13p respectively.