The problem with money comparison websites

They claim to save you money and are relied upon by hundreds of thousands of people when opening bank accounts, shopping for insurance or switching utility suppliers. Money comparison websites have grown from virtually zero 15 years ago to become giants of the financial web.

The sites, which allow you to quickly compare fees, charges, interest rates and a host of other financial data, are quick, convenient and undoubtedly save the average consumer hours of searching and comparing individual products by collating a large number of them into a single list.

But while the time saved by using one of these sites is not in doubt, few people realise that all of the major comparison websites work on a commission basis. And the total amount of commission that they rake in each year is estimated to be close to £800 million. 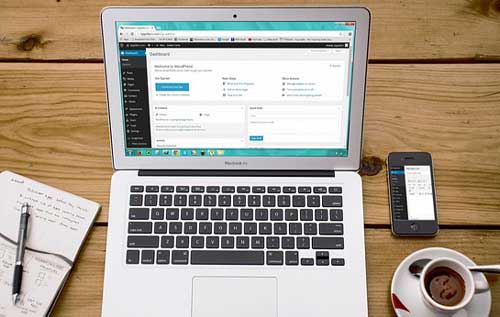 The hidden costs of comparison websites

In 2012, the polling organisation, YouGov, surveyed a large number of online shoppers and asked them how much they thought they were paying in commission every time they bought a financial product or service through a comparison website. Most people thought that they were paying somewhere between 5% and 10% in commission. But the reality is rather different because the average commission that these sites charge is 24%.

How they make money

Virtually every comparison website makes money from three revenue streams – advertising on the site itself, sponsored listings where companies pay the site to have their products promoted to the top of a list when a consumer searches for a product and commissions.

While the advertising is obvious to the consumer, the sponsored listings may be more opaque. Advertising rules stipulate that these sponsored listings must be clearly show to be paid for and are not necessarily the best quotations available. But it is not always obvious at first glance that those listings at the top of a search results list have actually been paid for.

With commission, the site earns a fee every time that a consumer clicks through from a search results list to the company’s website. That fee then increases if the consumer decides to go ahead and buy the particular product.

So how much am I really paying?

These commissions represent huge money spinners for the comparison websites. The prices that are quoted to the consumer include payments which they take from the provider which are added to the basic price that the consumer would have paid had he or she gone direct.

So, is it cheaper to buy direct?

With comparison sites taking up to a quarter of the price of a financial product or service in commission, you may be asking whether it would be cheaper to buy direct from financial organisation or utility itself. But even this is not straightforward because in many cases, you might end up paying more than if you’d bought through a comparison site.

Life insurance is a good example. The UK boasts about 10 large life insurers and all of them quote monthly payment figures for their policies. When you buy from one of these insurers, you could find that you end up paying 30% on top of the basic premium price which the organisation uses to pay all of its employed and third-party distributers including financial advisers, brokers and the comparison websites.

Change appears to be coming, however. A new breed of comparison websites is eating into the market share held by the major names by offering fixed-fee listings instead of ones based on commission. Others offer to return some of the commission back to the consumer in the form of cashback. And in the case of Solution Loans we don’t charge fees, our listing order is not influenced by what we might earn, and in 99% of cases the deal you get through us is the same as going direct!

As with any purchase of insurance, financial product or service, the advice is always the same: read the small print. The trouble is that finding that small print on a comparison site can be like looking for a needle in a haystack.