The government’s EU Withdrawal Bill went through the House of Commons this month, signalling the first real move towards a comprehensive Brexit strategy. Its progress through the House of Lords involved a wide raft of changes being suggested and so much of the government’s focus in the bill was removing the Lords’ amendments. Although there was a lot of uncertainty about how the bill would fare in the House of Commons, in fact in the end it passed. “Concessions” enabled the bill to pass by 324 votes to 298. 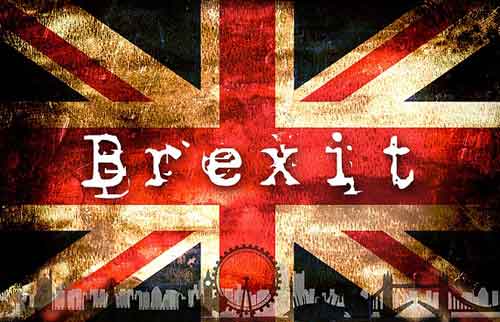 Brexit – the key issue for parliament

The potential defeat for the government over the Brexit Bill turned on the issue of whether MPs would have a say on the eventual Brexit deal that is agreed. Those who voted against the bill wanted to ensure that MPs would get a decisive say on what happens over Brexit if the terms of the deal that the government negotiates aren’t attractive enough. In the end, MPs were promised only that they would have “input” under those circumstances – and that seemed to be convincing enough for rebel MPs, many of whom were then happy to let the bill then pass. However, despite this small success for the government, the role that Parliament will have in shaping the outcome of negotiations is still not clear.

One of the most contentious issues in the Brexit debate has been the Northern Irish border, which will also effectively become a European border when the UK leaves the EU. The latest news on the debate about the control that should be applied to this border is that the government has conceded that there will be no physical “checks and controls” after Brexit. Many believed that setting up checkpoints and cameras could result in a return to the old days of violence so this will be reassurance for some.

‘Frictionless trade’ with the European Union

Trade relations with the EU after the UK leaves have also been a topic of much discussion. It’s UK businesses who are most likely to foot the bill for any taxes and tariffs that are introduced as a result of the departure and so this has been a huge cause for concern. However, Michael Barnier who is Brussels’ chief negotiator, has now said that the idea of ‘frictionless trade’ with the EU could be possible for the UK. He is effectively suggesting the “Norway model” for the UK, which would consist of membership of the European Economic Area (EEA) with a customs union. This is considered by many to be a possible model for a future relationship and potentially the only realistic way to avoid trade penalties for UK businesses.

The prospect of a Brexit ‘no deal’

The government has frequently mentioned a doomsday scenario for Brexit in which the worst happens and there is no deal by the time the deadline rolls around next February. But what would this really mean for people in the UK? We have been told that the most noticeable impact of this would be severe food shortages, specifically in relation to imported goods. The Wine and Spirits Trade Association has now also chipped in to highlight the fact that a no deal for Brexit could disrupt gin supplies. Those aforementioned food shortages would result in a lack of juniper, which would make it much tougher to produce Britain’s favourite drink.

Damage to the UK economy

The dip in the value of the pound against other currencies was the first obvious sign of financial issues as a result of the Brexit vote. Now, a new report has identified that Brexit is having a wider impact on the UK economy and the financial sector – and that this is already taking effect ahead of the actual leave date. The EY Attractiveness Report tracks the flow of investment cash around Europe. It found that there was a significant increase in outbound investment from the UK in 2017. The total number of outbound investments was 464 in 2017, up 35% from the previous year’s total of 343. According to EY, these kinds of figures are consistent with the move of jobs and operations from the UK to mainland Europe in order to deal with the impact of regulatory change as a result of Brexit.

According to a YouGov poll, there are limited signs of #Bregret amongst British people – 45% of respondents said they believed Britain was wrong to leave and 42% felt it was the right decision. Of course, these results could change considerably once – if the predictions are right – the nation runs out of gin!