Why you should make a will

Last year, industry polls established that around half of adults in the UK don’t have a will. The number of those without a will in older age groups has risen substantially in the UK since 2009. In 2009, 41% in the age group 50 to 59 had not made a will, a figure which has now risen to 54%. So, if almost half of us don’t think it’s important to have a will, do we actually need to make one? We think the answer is yes and there are some very good reasons to support that way of thinking. 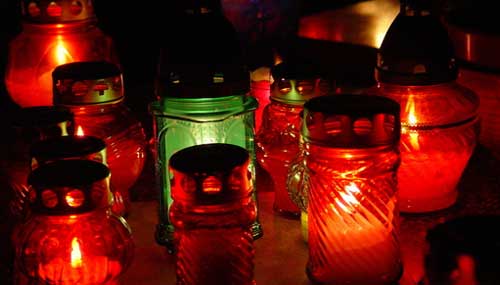 A will ensures your wishes are respected

There’s just no other way to divide up your wealth other than by leaving a comprehensive will. Many of us don’t want to think about death during life – especially under the age of 40 – but the reality is that, unless you plan for that event, your assets will not be distributed to the people you want to have them.

A written will avoids disputes

It’s part and parcel of easing the process of your passing to leave a clear will that establishes who will inherit what, and perhaps even explains why. An enormous number of disputes arise over confusion and families can seriously fall out as a result of fighting over a share of inheritance – statistics from the Ministry of Justice showed a doubling of inheritance disputes between 2006 and 2011 and in 2013 research highlighted that almost 40% of families surveyed had been involved in inheritance disputes. Don’t leave your family to fight over what you leave behind and allocate it yourself instead.

You can reduce the inheritance tax burden

Currently, inheritance tax is 40% on anything worth more than £325,000. Given that the average price of a property in London is currently £506,724 (outside of London it’s £186,325), it can be difficult for an estate to avoid the 40% tax burden. There are ways to reduce inheritance tax on what you leave behind (for example via a trust, gifting, charity donations etc) and the only way to make use of these is by leaving a will. Given that inheritance tax will wipe out nearly half your estate it’s well worth investing some time in planning with a will to minimise it.

If you die without a will in the UK then you die ‘intestate.’ This means that your estate will be distributed according to intestacy laws, rather than your wishes. If you have a surviving spouse or civil partner then they will automatically inherit up to £250,000. Over and above that figure, the remainder is distributed half between the spouse/partner and the other half split between surviving children. If the children are dead then their children will inherit in their place. So, for example, if you want a surviving spouse to inherit everything a will is essential.

Divorce rates in the UK are high and family arrangements are, more often than not, no longer as simple as two married heterosexual parents and children born in wedlock. It’s important to note that any surviving partner to whom you’re not married or in a civil partnership with will have no automatic right to inherit anything – without a will in place that person could be completely bypassed. If you remain married to an ex in name only when you pass away that person is still entitled to inherit, as per intestacy laws, even if you aren’t on speaking terms and have a new, established partner. A worst case scenario could be that your surviving partner is evicted if you are deceased, as ownership of the house they have been sharing with you passes automatically to someone else. The only way to avoid this kind of confusion arising is to leave a will.

You can leave wishes as well as cash

A will is not just a way of distributing assets but also making your wishes known with respect to those who are important to you. If you have a pet, for example, then you may want to ensure that care and ownership of the pet passes to someone specific and you may want to leave funds to cover that. Where children are involved it’s important to name guardians, particularly if there has been any issue in the past with the other natural parent who no longer has custody. You can also use a will to document sentiments or to leave money for a specific purpose, such as education, training, or even taking that holiday you know someone always wanted.

Solution Loans’ aim is to help users navigate their way to a financial solution that meets their needs. We offer loads of information and tools to help in this process. We also welcome your feedback.

inheritance ,  make a will ,  wishes