An investigation by the Competition and Markets Authority (CMA) has established that the expenses involved in a funeral in the UK have risen sharply. Costs have gone up significantly above inflation for more than 10 years now and the CMA found that bereaved friends, relatives and partners were being taken advantage of by the funeral industry at a time of emotional vulnerability. 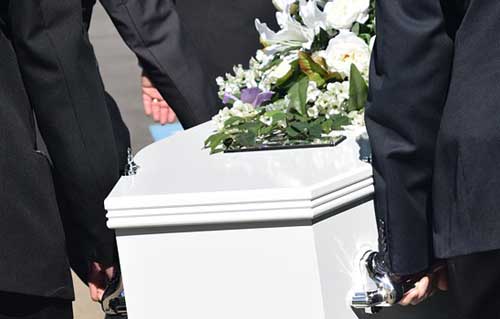 Why have funeral prices risen?

The funeral industry in the UK is worth £2 billion and the report by the CMA has been incredibly critical of the way that prices have increased over the past decade. Perhaps the most damning part of the report identified that there was no quality improvement being delivered as a result of the increased costs – and that the industry itself was not facing the kind of rising prices that would justify hiking prices. So, according to the CMA, the cost of a funeral has gone up simply because the industry feels that it can charge more.

The cost of dying

The average cost of a funeral in the UK is £4,271 – this is an increase of 68% over the past decade. A cremation now costs an average of £3744 – inflation has been 25% over the past 10 years but the increase in the cost of a cremation in the same period represents a price rise of 84%. The up front costs of a funeral can be fairly significant but many mourning families have also found that there are multiple extra expenses added to the final bill that push this total up even further. These could amount to several thousand pounds more than originally anticipated. The main issue is that funerals are usually being organised at a time of great emotional pressure and stress. The accusation being levelled at the industry is that the vulnerability this creates in the average human is something that it is exploiting for greater gain.

It is possible to pay less than the average for funeral costs and also to ensure that added extras don’t push the prices up. However, there are obstacles to this. For example, funeral prices are not available online so there is currently no way to compare the options other than manually doing this with each individual provider. Around £1,000 can be saved by shopping around when it comes to organising a funeral. However, grief is another big obstacle. People often don’t have the energy or the inclination to spend time researching funeral costs when feeling distressed by the loss of a loved one. And, according to the CMA, funeral providers have taken advantage of this by increasing costs.

The government does provide some help via the Social Fund Funeral Expenses Payment – this covers reasonable costs for crematoriums and cemeteries and a £700 cap on other fees. However, this still leaves many people significantly short of the cost of the average funeral and for many that has meant that the only solution is getting into debt.

The need for regulation

Currently, the funeral industry is not regulated and many, both in the industry and representing consumer organisations, believe that it’s time for that to change. The National Association of Funeral Directors does have a code of practice that its members are required to adhere to. However, given the escalating costs involved in paying for a funeral, it’s clear that self-regulation is not enough to stop consumers being exploited.

The government, too, has concluded this. In addition to the investigation by the CMA, the Treasury has also been looking into prepaid funerals. These are financial products but are not regulated by the Financial Conduct Authority in the same way as other financial packages, such as pensions. The government has concluded that current self-regulation is just not sufficient to ensure fair treatment of consumers and so full regulation is being considered.

A good blueprint to follow may come from Scotland. The Scottish Government has already taken steps to correct the imbalance within the industry, appointing an inspector to look into funeral homes in Scotland. It is also in the process of creating regulation for the sector, as well as a social enterprise fund that is designed to provide a wider range of cheaper options for funerals that are easier for those on low incomes to manage.

Even those within the sector acknowledge that the funeral industry in the UK has been taking advantage of consumers at a very vulnerable time for many years. Given the findings of the CMA it’s clearly time for the situation to change and for the government to look at ways to regulate.