What are the Pros and Cons of Buy Now, Pay Later (BNPL) Finance?

The consumer credit market has seen its fair share of disruptions arising from innovative ideas targeting consumer experience and convenience. For instance, over the last decade, the UK has seen the rise to prominence of a new consumer credit business model known as ‘Buy Now Pay Later’ (BNPL).

Buy now pay later providers such as Klarna, Laybuy, ClearPay, and Paypal Credit strike partnership deals with retailers to give consumers access to upfront credit to help them complete their purchases. Repayment of the credit advanced can either be staggered in fixed instalments over an agreed-upon duration or settled in a one-off payment at a later date. 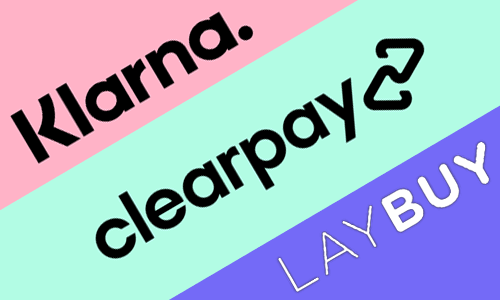 A 2020 report by Worldpay, puts the annual rate of growth of buy now pay later in the UK at 39%. Another report by Capital Economics, a leading independent consultancy revealed that one-fifth of the adult population in the UK (10 million people) used ‘buy now pay later’ as an option to help them complete their purchases in 2020. Further, the report noted that nearly 4% of all 2020 retail sales in the UK were made via the buy now pay later payment model.

Before delving into the pros and cons of the BNPL model, there’s a need to understand how this payment method works.  Here is a quick stepwise summary to help you wrap your head around it.

Klarna’s “pay in 3” offer means the cost of your purchase is divided into three payments that are made every 30 days – the first payment at the time of purchase and the final payment 60 days later. There is no interest or fees to pay. So it’s a good alternative to a short term loan or a credit card.

Consider a Line of Credit: We’re working with Drafty to provide short term credit (£50 to £3,000) that could be a good alternative to a credit card, bank overdraft or payday loan. No fees. Learn more.

What Are The Pros of Buy Now Pay Later Finance?

The BNPL option confers significant benefits both to consumers and merchants. Here is a quick overview of the benefits consumers should expect when using it.

What Are The Cons of Buy Now Pay Later Finance?

Well, almost everything that exists has its pros and cons and this applies to buy now pay later credit as well. Despite the many pros listed above, buy now pay later has a number of disadvantages that you must watch out for.

Is Buy Now, Pay Later finance regulated by the FCA?

In the United Kingdom, the Financial Conduct Authority (FCA) is the body mandated with the regulation of financial firms and services. However, BNPL providers are currently not regulated by FCA.

Having said that, there is a push by the regulatory body to have such credit offerings covered by its rules. The argument is that billions of pounds are lent to consumers through unregulated transactions thereby putting them at risk of plunging into financial difficulty. The FCA believes that it is easy to build up unseen debts of £1000 or more.

Under the proposed regulatory framework, BNPL providers will be required to conduct hard credit checks on consumers in addition to affordability tests before extending credit. All this is aimed at cushioning financially vulnerable consumers against insecure and unsustainable debt offerings.

The buy now, pay later industry has witnessed tremendously rapid growth with firms such as  ClearPay, Klarna, Affirm and Laybuy taking the centre stage. The credit extended with this type of product now stands at £2.7 billion in the UK alone. The advantages of instant credit, deferred payment arrangements, and low to zero cost credit have made BNPL very appealing. With that being said, consumers must be careful not to take debt they cannot afford. In the meantime, the FCA is looking to put in place a raft of measures to ensure that buy now pay later activities are brought under its wings and that consumers are sufficiently protected.