According to Laterooms.com, two thirds of Brits are planning to holiday in the UK this year. After the upset of Brexit and the increased cost of heading off overseas, the UK is looking like an increasingly popular choice. Plus, as most of us have only seen around 2% of what this country offers, there is plenty of undiscovered terrain, whether you’re looking for city breaks or classic seaside stays. 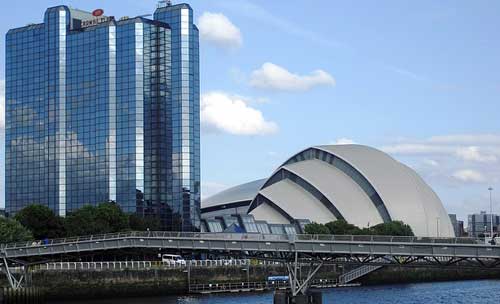 An exciting alternative to culture rich city breaks, such as Berlin or Amsterdam, Glasgow is forecast to be one of the most popular staycation spots this year. Despite what you may have seen in Trainspotting, Glasgow has been named the World’ Friendliest City’ and is a goldmine of culture and history. Finnieston is the city’s food quarter, a haven for everyone from craft beer enthusiasts to fresh seafood lovers and vegans. Street art, Charles Rennie Mackintosh design, stunning architecture and vibrant nightlife all contribute to Glasgow’s appeal.

There are few coastal spots in the UK with such a classic British seaside feel than Margate. Find a deckchair in a sunny spot and lounge on the sandy beach or see the coastline by cycling the Viking Coastal Trail to Broadstairs or Ramsgate. Margate also has some seriously hip credentials thanks to the Turner Contemporary gallery, which is located here. The Margate inspired Turner pieces, as well as works by avant garde darling Tracey Emin add a serious splash of culture to a seaside stay. Even the more old school elements of the town have been revamped for new appeal, from Dreamland pleasure park, to acts at the 100 year old Winter Gardens.

One of the Top 25 global destinations of the year according to Stylist Magazine, The Somerset Levels are easy to access, just off the M5. A playground for nature lovers and activity enthusiasts, you can walk, hike, cycle and even go caving here. The area is flat but the Mendip Hills lie right on the edge of the Somerset Levels for those looking to achieve some altitude. The area is also famous for its food markets – look out for the opportunities to try the local cider and the Wookey Hole cheddar.

The Isles of Lewis and Harris 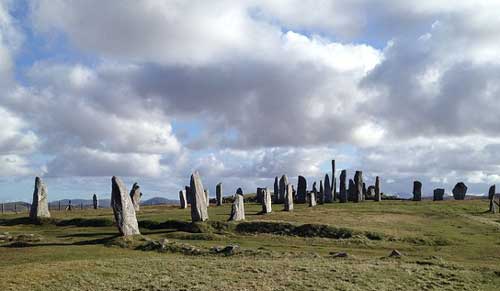 Scotland’s landscapes attract visitors from all over the world but not that many Brits ever explore them in great depth. The Isles of Lewis and Harris are renowned for their beaches – not the grey, granite dark seascapes you might imagine but landscapes with a rather more Caribbean feel. Uig Beach on the Isle of Lewis was picked out by Conde Naste as one of the UK’s best beaches. A wide expanse of soft pale sand is edged by clear turquoise waters and surrounded by green grasslands and craggy cliffs. For those seeking a really stunning place on which to throw down a towel, there is no need to leave the UK’s shores.

Cornwall is consistently named as the most popular staycation spot in the UK and 2017 is no different. The beaches here are as close to European vacay conditions as anywhere in the country and the surfer culture and good weather make Cornwall a very attractive prospect. However, that also means crowds, which is why smart visitors in 2017 are heading for the secret beaches like Pedn Vounder. Located on the Penwith Peninsula, Pedn Vounder is a 15 minute walk from the village of Treen and as secluded as they come. A picturesque cover of soft pale sand, blue seas and clear horizons have seen this beach named as a hip hot spot for 2017 by publications like Vogue.

The Isle of Wight 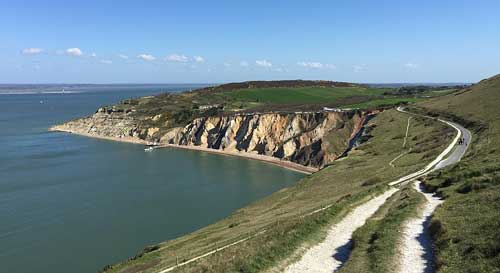 Often written off as too much of an old fashioned cliché, the resorts of the Isle of Wight are seeing a real resurgence in popularity for 2017. A short ferry ride from Southampton provides access to 14 award winning beaches, such as Sandown and Ventnor, as well as unspoiled stretches of coastline, such as Compton Bay. The Isle of Wight has accommodation for all budgets too, from hip hotels and glamping, to classic campsites and farms.

The classic British holiday park might once have seemed like a decaying hangover from the 1960s. However, you may have noticed that for 2017 everything, from the aesthetic to the entertainment programme, is brand shiny and new. Butlins consistently rates as one of the best family holiday options in the UK – Butlins Skegness is the Trip Adviser Travellers’ Choice® 2017 Winner in the Family category. It is also seeing a huge increase in popularity from those looking for budget-friendly kitsch cool holiday breaks complete with beach huts and Red Coats