The rules relating to property rental fees have changed

The fees that are charged by letting agents and landlords have been a cause of financial pain for tenants for years. Generation Rent has largely been forced out of the housing market by high prices and so demand for properties to let has increased significantly over the past decade. This led to increased pressure on the government to take action over the fees that landlords and letting agents were charging at various stages during the process of renting. As of June 1st 2019 tenants no longer have to pay these fees – but what has really changed? 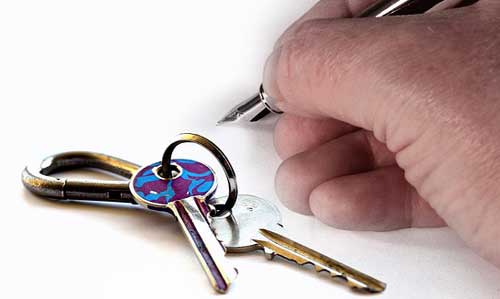 The Tenant Fees Act came into force on 1st June 2019 and effectively introduced a ban on all those added extras that tenants had previously been forced to pay. According to the government, the new piece of legislation will save renters across England £240 million a year – up to £70 per household. Some of the fees that have been wiped out by the new act include:

The legislation has also been given teeth in the form of enforcement powers. Landlords or agents can be fined up to £5,000 for a first offence if they are still found to be charging banned fees after 1st June this year.

So, what can a landlord still charge for?

The purpose of the new act was not to leave landlords and letting agents entirely without any ability to share reasonable costs. What it has been designed to do is make sure that these aren’t being unfairly inflated. So, landlords – or letting agents – can still:

During the consultation period for the new legislation 93% of the tenants surveyed agreed with the changes that were being proposed. Perhaps unsurprisingly, many in the industry did not. The biggest issue was always going to be who would pay the costs that were no longer being billed to the tenants – or who will cover what agents and landlords see as lost income to which they are entitled. The – all too predictable – answer is that this is a cost that will be passed on to the tenant. Research from the Association for Residential Letting Agents (ARLA) identified that, as a result of a full ban on fees, tenants will pay an increased rent of £103 per year. David Cox, chief executive of ARLA Propertymark, said:

“In order to remain profitable, landlords will increase rents to cover the additional fees they are now faced with and as a result, tenants will continue to feel the burn.”

There is evidence that rents are already on the up and projected to rise to by around 2% at the national level over the coming 12 months, according to the Royal Institution of Chartered Surveyors.

Despite the desire that many landlords may have to pass on costs to tenants there is one thing standing in the way: a more competitive market. Although many smaller landlords have sold up over the past couple of years, those with bigger portfolios have continued to expand and this has led to a broader market with more choice for tenants. The upshot of this for landlords could be that putting up the rent to cover the costs of lost fee income might not be an option. Instead, in order to secure tenants and avoid an empty property, landlords may have to simply absorb the costs themselves.

The tenant fee ban should, in theory, make life cheaper for tenants. However, the way that landlords respond could remove some of the benefits. The eventual outcome depends very much on the balance of supply and demand in the rental market in the next few years.