How does the state pension work and what is the ‘triple lock’?

The state pension has changed radically since it was first introduced in 1909. It has had to – a century ago, just 500,000 people over the age of 70 were in receipt of the state pension which was, at the time, five shillings (25p) a week and was paid in full to individuals aged 70 or more with an annual income of £21 a year or less reducing to nothing for those making more than £31 a year.

Today, there are an estimated 12 million people in the UK of pension age or above. That represents 32 per cent of the working population. Government figures estimate that by 2050 that number will have risen to 17 million people or 36 per cent of the working population. That means that the state pension is becoming progressively  less affordable and successive governments have been forced to make changes. 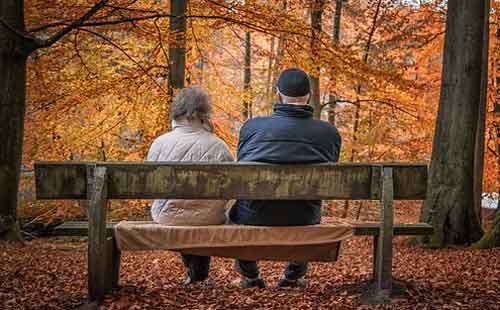 How has the state pension changed?

Under the previous system, people under the age of 65 could pay full National Insurance (NI) contributions and get an additional state pension or they could decide to contract out contributions and top up private pensions. These were scrapped in the changes last year.

The state pension age has also changed to take into account longer lifespans and improved health. While women used to be able to claim a pension at 60 and men at 65, from next year both sexes will qualify for the pension at 65.

From 2020, the state pension age will rise to 66 and to 67 from 2026. The Government has indicated that this will rise further in future decades.

How much will I receive?

People who were 65 before April 2017 are able to claim the basic pension – £110.15 for single people and £171.85 a week for couples if only one qualifies for the full basic state pension. These are the base figures. These increase depending on the number of years you have made NI contributions for.

What is the “triple lock”?

The value of the basic state pension rises every April. This rise is guarded by a “triple-lock”, which means it rises by whichever of the following is the highest:

The triple lock was introduced by the Coalition in 2010 and it has been estimated that it costs £106 per pensioner per year more than if pension payment growth had been based solely on earnings and prices. Figures from the Institute for Fiscal Studies (IFS) showed that total pension spending had increased by 25 per cent since 2010-11, compared with a 14 per cent rise in earnings and a 15 per cent rise in prices. A review by former CBI director-general John Cridland, who was appointed as the government’s independent reviewer of state pension age last year, recommended scrapping the triple lock in the next Parliament.