The State of Payday Loans Two Years After Regulation

In 2015, the Financial Conduct Authority (FCA) shook up the instant payday loan industry. New rules were introduced that were designed to help regulate the market and make it fairer for borrowers. The changes were widely welcomed at the time by consumers groups, borrowers and by many in the industry. However, 2.5 years on what has actually changed? 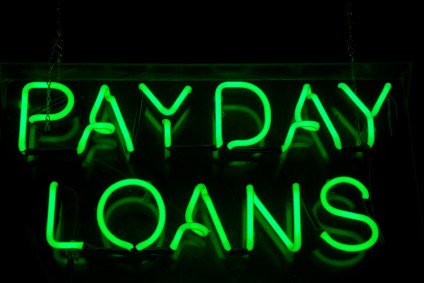 When the FCA decided to get involved in the payday loans industry in 2015 it made a number of changes to the way in which money was being advanced to borrowers, including:

The intention was to make it harder to get into trouble with payday loans and to introduce more transparency into the industry.

Is this a new dawn for short-term credit?

A report from the Consumer Finance Association (CFA) – a trade association representing the largest share of the short-term lending sector – indicates that changes have been swift and substantial. For example, it found that the average daily costs of loans have fallen from 1.3% to 0.7%. The report also identified that the proportion of loans where consumers were being charged extra fees had halved. Where fees are being charged those fees had also been slashed to less than half. So, in terms of the amount that borrowers are paying for short-term credit there have been obvious, measurable changes.

Perhaps one of the major responses to the FCA is the way the industry has adapted the short-term credit options available to consumers. The traditional payday loan was offered for a month with repayment due at the next payday. Those who couldn’t make the repayment rolled it over another month – but with significant fees attached. Now, the industry has adapted to take into account the need for short-term options that offer a bit more flexibility. As a result a new product – short-term credit with instalment repayments – give people 3 – 6 months to repay, as opposed to one.

Data from the CFA indicates that the number of payday loans sold has fallen substantially. Potentially at the root of this is a new perception that consumers now believe the short-term credit market has become more difficult for them to access. Only 24% of consumers disagree that short-term credit has become a more difficult option. Short-term credit plays an important role in the UK economy and is designed to offer borrowing where other options may not be available. However, it was clear that the industry was previously lending where it shouldn’t so the hope is that those who are put off by the new stringency in the industry are those that shouldn’t have been borrowing in the first place.

Key to the FCA changes was shifting the approach of the industry to ensure that it was only lending to those who could afford to borrow. This now requires lenders to ‘assess the potential for a loan to adversely affect the customer’s financial situation.’ Although the industry has made all the right noises this is where the concern remains. Research by debt charity Step Change, for example, found that a quarter of the people it spoke to didn’t feel that a lender took reasonable steps to establish whether or not they could repay the loan. Its research also identified that many borrowers still take out a loan without really understanding how much they will be required to repay. Plus, a third of the people that Step Change spoke to had three or more short-term credit debts and many already had a range of other types of debt too. Over half of the people said they were struggling to pay off debt but had not been told about free debt advice.

It’s clear that the payday loans industry has made a lot of progress, both in terms of cutting the costs of lending and boosting consumer perceptions of the industry. However, charities such as Step Change have called for a further review of current practices and strengthening of the rules on responsible lending to catch those lenders ignoring the new regime. While there are many short-term credit lenders offering fair borrowing on responsible terms to consumers who need that safety net, some are not. Given the benefits of short-term credit for borrowers it would be a shame if those few irresponsible lenders marred the experience for everyone else.