Pokémon Go – is it really dangerous?

Pokémon – it has become the new Marmite; half the world loves it right now and the other half hates it. You may have walked into a shop or a bar recently and seen a sign banning players. Perhaps you’ve witnessed someone apparently wandering aimlessly around a park. Only to then jump in the air and fist pump while looking at their phones and shouting “I just caught an Evee!!!” Yes, for something that doesn’t really exist in real life Pokémon Go is having quite an effect. 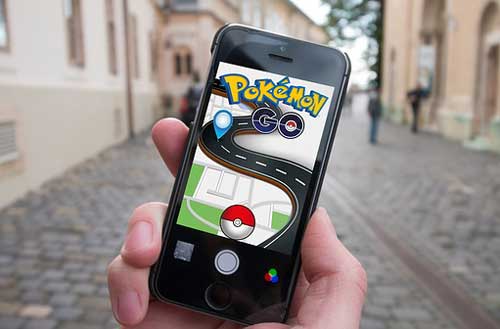 What is Pokémon Go?

It is a location based augmented reality game that is free to play. The basic premise of the game is to locate, capture, train or battle the creature characters – the Pokémon. What has created such a buzz around Pokémon Go is that the characters appear on the screen as if they were in the same real world location as the person playing it. The clever game manufacturers have used the GPS capability of the smart phone to create something that is completely digitised and yet often feels like a real life experience.

Why is Pokémon Go in the news?

For many reasons. Mostly, simply because the game has gone viral and so many people are playing it all over the world. You only have to spend five minutes on social media and it will most likely be mentioned at least once. Initially, the game was conceived as an April Fool’s Day prank by Satoru Iwata of Nintendo and Tsunekazu Ishihara of The Pokémon Company as a collaboration with Google. They then had the smarts to realise just how much this kind of real world gaming would appeal to the wider world.

So what’s the problem?

Well, there have been increasing reports of criminals targeting Pokémon Go users. As with any huge trend there is always someone waiting to see if they can make a buck off the back of it. In particular there has been a rise in the numbers of phones being stolen. Users are so absorbed in the game that they don’t notice they are about to be targeted. The risks of walking around with your phone constantly in your hand while not really paying attention to what’s going on around you are resulting in many more handset thefts. Then there are those drivers who have been caught playing Pokémon Go while behind the wheel. It’s illegal to use your phone while driving in the UK – especially to game. The game is so addictive that it has been accused of creating gamers who have lost their senses. The desperation to find an Articuno or a Snorlax could result in injuries to other people, as well as to yourself.

What about cyber security?

There have also been reports that iOS users are putting themselves at risk by signing up for Pokémon Go using Google. Apparently this then gives the game makers access to the entirety of the user’s Google account, from search history to emails. While most experts don’t think that this is a big scam being perpetrated by the game makers – rather a case of carelessness – it is a problem. The fact that Pokémon Go has such full permissions is something that could easily be exploited by hackers with the right know-how. The application has full access and can see and modify anything in the Google account. This kind of permission is fine if you know that you’re granting it but can come as something of a shock if you had absolutely no idea.

As with every cyber trend these days, those who are addicted are getting younger and younger. There has been a lot of discussion over whether parents should allow kids to play. There has been speculation over the safety of the game – that children could end up in dangerous or remote locations while trying to track down the characters. There is even one report of children being lured to a location by armed robbers. The NSPCC has called the game “deeply troubling” and observed that even the most basic safety features seem to have been overlooked even though it’s a game aimed mostly at the young.

The trend for Pokémon Go isn’t going away any time soon and you may well find yourself succumbing to the action. The message from all the experts seems to be enjoy yourself with Pokémon Go. However, not to the exclusion of everything else, from friends, to getting study done, or even looking where you are going…