“Open Banking” is here, what does it mean?

Open Banking has been causing ripples, both across the fintech sector and in the news. Back in 2016, the Competition and Markets Authority (CMA) issued a ruling that required the nine largest banks in the country to allow licensed startups direct access to their data. And with that the first step towards Open Banking was taken. The decision was a response to the dominance of established banking institutions in the UK – Barclays, HSBC, Lloyds, Santander and Royal Bank of Scotland currently hold 80% of the market. The CMA believes that opening up this data to other companies, especially those looking to innovate in personal finance, will result in better deals for consumers. 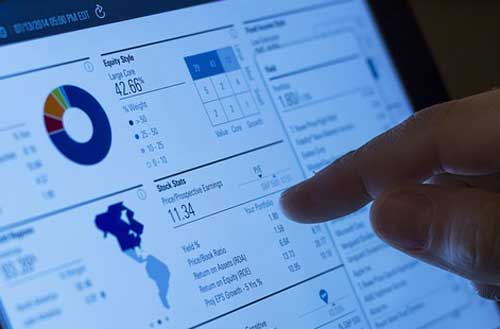 Why is Open Banking happening?

An investigation by the CMA found that there was too little competition in the UK banking market. Those same big five banks dominate, each offering fairly similar products at much the same rates with little variation through which consumers could find better deals. We have stagnated as banking customers too – only 3% of us move accounts every year. But why would we go to the trouble of moving banks when the products across the board are almost identical. Open Banking is designed to change that, to provide a better choice for consumers and, as a result, to help bring down costs and drive more innovation.

How does Open Banking work?

It focuses on the idea that financial data – how much we spend on coffee, when we go over an overdraft limit etc – belongs to the customer and not to the bank. As a result, the customer can give permission for this data to be shared with others. So, customers of many of the big banks have already received letters informing them that this data can be shared with licensed startups if permission is given. If that permission is given then this opens the door to customers who want to work with fintech businesses that are disrupting banking with new ideas.

Open banking came into force on January 13th 2018. It gives new innovators the opportunity to take the financial data that we generate and do something creative with it – after all, Uber was just Google Maps and location data before someone turned it into something useful. “Useful” innovations for this data could include being able to see an overall perspective on all financial information over all accounts held. Breakdowns of spending currently offered by fintech businesses such as Monzo will become commonplace. Data could enable automatic switching to the best financial deals, as well as direct payments between retailer and customer, cutting out middlemen like card providers who charge fees. It could also enable more responsible banking, such as generating alerts where there is unusual activity on the account of someone with mental health issues.

Open Banking will potentially change the way that we bank completely. For example, currently fees for exceeding an overdraft are a big problem for many people, especially as they often kick in when cash is tight. Those designing the new Open Banking system envisage a time when these fees are no longer an issue. Instead of going over your overdraft limit, automatic systems would monitor your transactions and step in before you go over the limit. Either money would be automatically moved from another account or the exact amount of credit arranged automatically with another lender at the best possible rate of interest. The result? No going over the overdraft limit and no fees to pay.

Are there any risks?

Yes. The big risk that everyone is very focused on is the risk of opening up data to third parties in this way. Although the data is only meant to be made available to licensed third parties who will be accountable for its use this is a new opportunity for fraudsters. All it would take is a convincing fake request for permission to access data and the entire financial history of an individual could end up in the hands of someone who wants to exploit it for gain.

The other risk is to the banking sector itself. Take the fees for exceeding overdraft limits for example. The ability of Open Banking to do away with these fees for consumers has been highlighted as one of the major benefits of the system. However, income from overdraft fees currently provides a third of revenues for the more established banks. So, what happens if you take that financial income stream away?

Many fear Open Banking and many are excited by its transformative prospects. Either way, a new wave of banking is arriving much sooner than many expected.