How to make money on Facebook – the new eBay

When it comes to selling your unwanted stuff, eBay used to be just about the only show in town. But now local Facebook selling groups mean that the social media site is rapidly taking over from the auction giant as the place to make a profit on things you no longer want or need.

While eBay is primarily an auction site with some classified listings, Facebook groups are much more like the old classified pages in local newspapers. And unlike eBay, which can charge up to 10 per cent in fees, Facebook does not take commission on any of the items sold through its pages. 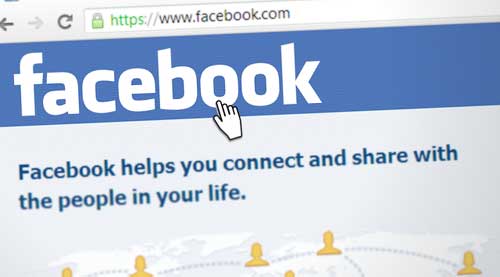 It is very easy to sell on Facebook – far simpler than eBay: sellers post adverts for things that they want to sell, the items are listed locally and then a buyer arranges to meet the seller and pays cash once he or she is happy.

While the reach of eBay is still enormous, many sellers are increasingly turning away from the auction site because of its fees. The standard commission that eBay takes is 10 per cent of the value of each sale including postage. On top of this, PayPal fees can take another 5 per cent.

Facebook, on the other hand, takes nothing from the sales made on local groups. And a recent report by MoneySavers found that items were more likely to sell on Facebook groups than on eBay.

Facebook does not yet have the infrastructure to match the protection that eBay gives to both buyers and sellers. Because the sites are run by volunteers, anybody transacting on them has little comeback when things go wrong.

Facebook sales also work better for buyers and sellers based in the major towns and cities because the groups are designed for local sales. Those who live out in the countryside could struggle to sell some items if buyers have to travel miles to see them.

Small items: Where Facebook groups really win over eBay is on small items. Because the postage for these is often higher than the value of the item itself, local pickup and cash payment clearly makes more sense for buyers.

Bulky items: Few of us want to spend a small fortune on fuel driving hundreds of miles to pick up a second hand sofa or bookcase. Local sales of these items on Facebook groups generally do well for this reason.

Children’s goods: Local sales groups attract a lot of parents wanting to realise a bit of value from cast off clothes, shoes, prams and cots.

What doesn’t do so well?

Niche items: If your item is rare, expensive or particularly high end – think sports cars and fine art – then it probably won’t do so well on Facebook because buyers for these are more likely to be many miles from you.

Expensive consumer goods: Many people don’t feel comfortable with inviting strangers into their home to view a computer or another high-value item.

If you want to sell something on Facebook, it’s dead easier and far simpler than eBay. You simply post directly onto your local group’s page and then upload an image. Most of these groups now have an easy-to-use sale form which includes fields for an item description, category, price and photograph.

It’s a good idea not to list your specific address or phone number but to only give this to a potential buyer after he or she contacts you and you are comfortable that it’s a serious inquiry.

It’s also a good idea to use eBay to find out how much you might get for an item before you list it on Facebook. Use eBay’s Completed Sales check box to see how much items successfully sold for before setting your price on Facebook. Make sure you also look for similar items on other Facebook groups before setting a final asking price and be prepared to negotiate so don’t set it too low.

Use private messaging to arrange the sale

Facebook etiquette decrees that the first user to comment on the item, then they get first refusal. Send them a private message and ask them if they would like to view it after checking out their buyer’s profile page. If you feel comfortable with their response, then arrange to meet and make the deal.

And remember to remove the item from the group when it’s sold.