Little luxuries we Brits won’t do without

It’s true that we’ve all had to tighten our belts since the recession began in 2008 and many of the products or services we enjoyed on a daily basis before have become fewer and further between. However, life just wouldn’t be the same without a few of life’s little luxuries and it seems that, now that many people have a bit more disposable income, we’re even more willing to find a bit of extra cash for the things that we really love. But what are they? 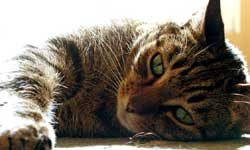 Our little furry friends are costing us a fortune and even when times are tough that doesn’t stop us from making sure that Tiddles or Fido are thoroughly pampered. According to market intelligence firm Euromonitor we will spend more than £4 billion on our pets by the end of the year, with expenses such as exercise classes, designer togs and special food taking up the majority of the cost. As two out of three of us consider a domestic pet to be ‘one of the family,’ perhaps it’s no surprise that we’re as willing to splash the cash on our pooches and cats as we are on ourselves.

Although the alcohol market is shrinking in the UK, as a nation we have consistently spent out on the good stuff, even during the darker recession years. However, the way that we spend on alcohol has changed somewhat and we are now less likely to go to the pub to enjoy a pint or a G&T. Instead, many of us are buying in the booze that we like to drink at home (for reference see Dom and Steph from Gogglebox who have their own very comprehensive bar in their lounge!)

While overseas trips and mini breaks took a bit of a hit over the past five years, we Brits don’t give up when it comes to arranging an annual break. Instead of cutting out holidays completely, we’ve become more creative about how we get that annual work respite and the ‘staycation’ has officially become a thing. As a result of more of us spending our summers in the UK we have seen a growth spurt in UK summer festivals, glamping and alternative accommodation options, such as cool, vintage Gulfstream caravans and yurt parks. We have, however, reduced the time that we take for our holidays now – an annual Travelodge report this year found that the numbers of people taking a two-week holiday has decreased by 46% over the past five years.

While household shopping bills have been a major focus for many of us as a way of making savings when times are tight, new information from Mintel indicates that we are starting to loosen our belts a little when it comes to food budgets. Health and wellness are now at the top of our agendas and most of us are willing to spend out that little bit extra on products that we feel might be doing us good. One area that has changed drastically when it comes to our food habits is eating out – fewer of us than ever before are heading for restaurants these days and we are more inclined to get a takeaway or to cook at home.

The beauty market in the UK is now worth a rather staggering £17 billion and continues to grow year on year – in fact it has proven to be one of the industries that is the most recession-proof, both in the UK and on a global scale. One of the reasons for this is most probably because we are still willing to spend out on beauty, no matter what our incomes and many of us will still consider beauty products to be essentials rather than luxuries. Throughout the recession, the beauty market in the UK continued to grow, expanding by 15.5 % from £6.1 billion in 2008 to around £7.1 billion in 2013 and £17 billion today. However, the beauty market trends are now slightly different and it’s the more reasonably priced cosmetics and treatments that are proving to be the most popular, for obvious reasons. We have also continued to spend out on our looks via trips to the hairdresser, with spending on hair increasing enormously over the past decade, even during the heaviest recession years. To quote one large beauty brand ‘we’re worth it.’

So how can we pay for all of these things?

To cover the cost of our “treats” we need to save on the things that matter less, because you need to stay in control of your total expenses and you don’t want to start running up debt. Can you imagine the sensation of spending on treats if you know deep down you can’t afford them? So, budget wisely. If you want to fund your next rather more up-market cosmetics then compensate by saving on where you buy your food, or switch energy suppliers to save money, etc. Enjoy yourself, but stay in control of your overall spending! If you can’t quite balance the books then try not to borrow, but if it can’t be avoided then only borrow for as short a time as possible.