Living in a country like the UK – or the US or anywhere in Europe – sometimes it’s easy to forget how different the rest of the world really is. Shows such as Black Mirror have explored the idea that a system of “social credit,” where your value is defined by the ratings you receive from the people you interact with, but the concept is still (mostly) fiction. Not so in China though, where the government has now proposed an initiative for developing a “national reputation system” called the Social Credit System that is designed to be in place by 2020.

What is China’s Social Credit System?

The Chinese government has pitched the Social Credit System as an attempt to promote trustworthiness in its economy and society. It is effectively a huge ranking system that will monitor Chinese residents and rank everyone based on their “social credit.” It’s not been made clear exactly what would cause your social credit score to take a plummet under the new system but some of the potential score damaging behaviours include smoking in non-smoking zones, bad driving or posting fake news online. The system is currently being trialled at various locations around China and the government hopes to have the basic infrastructure established by 2020. 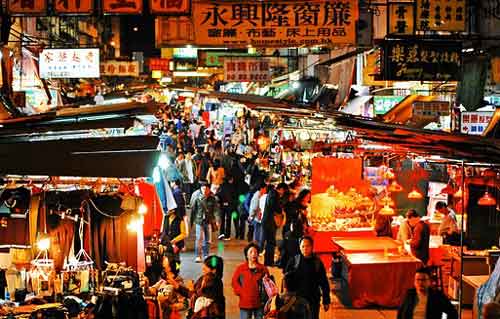 Is there a blacklist?

Yes. In a scenario that could have been written by Charlie Brooker of Black Mirror fame, there is indeed a blacklist for “bad citizens.” Some of the consequences of a low social credit score, or of being blacklisted as a citizen, include:

What about being an exemplary citizen?

If you make it onto the list of “good citizens” then there are many advantages, from discounts on energy bills through to lower interest rates or being able to rent without having a deposit. Your social life could also benefit, as it’s reported that China’s biggest dating website is boosting the profiles of those who have a high social credit score.

There are a lot of problems with introducing this kind of system into any country and it’s likely to feel more than a little unnerving for anyone who has read George Orwell’s 1984. It effectively means setting up a mass surveillance tool to track Chinese citizens, as well as big data analysis technology to process information and generate usable conclusions on their trustworthiness. The conclusions are based on a set of criteria defined by a government that is notoriously intolerant of rebellion or free thinking. What is it that really makes a “good citizen”? Some characteristics are obvious, such as saving a child from a runaway car or paying your taxes on time. But then you also get into much more shadowy areas – for example, would a Chinese citizen who hijacked a truck of stolen dogs headed for the notoriously horrendous Yulin dog meat festival (to save them from being skinned and boiled alive) be a hero or a villain in the eyes of the social credit system?

Why is China introducing a social credit system?

Chinese society suffers from a lack of trust – according to sociologist Zhang Lifan. Years of life under the Communist Party has left citizens with the expectation that they could be cheated at any time, or get into trouble, without having done anything to deserve it. A system of social credit could give people more control over their own destinies. However, it’s also worth noting that the Communist Party in China has long been looking for a way to more effectively monitor its citizens, their loyalties and ideological outlooks. Former President Jiang Zemin in 1995 called for “the informatization, automation, and intelligentization of economic and social management.” Then in the 2000s the country attempted to introduce an automated system of social surveillance through policing projects. So, while there may be a desire to improve society and regulate the economy it’s clear that the Social Credit System will also be a tool for steering and controlling the behaviours, hearts and minds of citizens. If you live in China big brother really will be watching you.