There are two things about the world that many of us know: debt is something most of us will experience at some point in our lifetimes; and Kanye West is (or at least wants to be) one of the richest and most famous people on the planet. As West’s carefully crafted image has more to do with designer clothes, helicopters and the latest super cars, many people don’t realise that he is actually one of the millions all over the world who have felt the need to use debt to help them through.

Kanye began his career back in 1996, first making his way onto the global stage as a producer for Roc-A-Fella Records working with some huge names, from Janet Jackson through to Jay-Z. He’s won 21 Grammies and has achieved some pretty impressive sales figures too, shifting 21 million albums and 100 million digital downloads since he first started his career. He was also named one of the most influential people in the world by Time magazine in 2005, 2011 and 2015. Even so, in 2006 when his first venture into fashion failed he wasn’t too proud to look for some financial help.

A Rags to Riches Tale

Now worth more than $130 million dollars, Kanye West may not seem to fit the profile of someone who has been in debt but when he launched his clothing line in 2012 he found himself on unchartered territory, both in terms of the financial aspects of the new demands on his funds, and finding a path to fashion success. West financed the entirety of that first collection from his own money – a risk he deemed worth taking, but one that left him struggling financially. The reason behind this was that he didn’t exactly make friends with the critics thanks to that first line – in fact, most fashion insiders were highly critical of the rapper’s work and resented his attempts to move into fashion and, as a result, the venture stuttered. However, not to be beaten, Kanye was typically resilient and described the entire experience like this:

You might be interested to know – if you don’t already – that Kanye has continued his sartorial adventures and is now something of a darling of the global fashion scene. You can’t shake a stick at the various fashion weeks now without seeing him on the front row, alongside wife Kim Kardashian. And he has continued his adventures into style with new clothing lines, as well as collaborations with existing well-established brands. Of course, to look at him you’d never guess that there was a time when he was struggling financially, as Kanye doesn’t exactly disguise his wealth, but he’s a good example of how debt can be a handy safety net when things go wrong and can also be the start of a new phase, rather than the end of something. 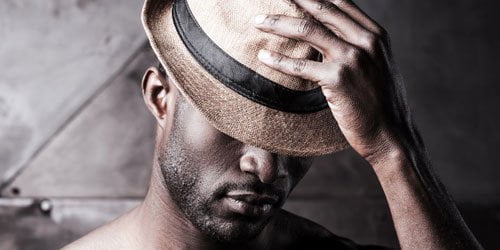 With London Fashion Week happening at the moment, there’s plenty of glamour and cat fighting, celebrities and parties to enjoy but the fashion industry is notoriously tough for those trying to break into it – even those who don’t already have millions of album sales and a global reputation under their belts. Loans and overdrafts, credit cards and short term finance are used throughout the industry to finance everything from the fabric for a new collection through to bus fares for models walking the catwalk who invariably won’t be paid until all the shows are finished (even the likes of Cara Delavigne). And then of course there’s those of us who just want to buy up everything we see on the catwalks of the likes of Paul Smith and Vivienne Westwood, Eudon Choi and Sophia Webster – London Fashion Week takes its toll on us all! On a more serious note though, Kanye is a great example of the way in which debt can be a useful tool to help turn a negative situation back into a positive one in a relatively short space of time. It’s a tough world out there and all of us – even Kanye West! – need a little help some of the time.

Is Debt in control of You?

Kanye has been fortunate to be able to turn borrowing to his advantage. For most people though debt is something that is an evil necessity that simply allows them to get by. It may be an (unauthorised) overdraft, a growing credit card balance or a payday loan. Each or any of these can cause worry and not being able to repay them on time can start a vicious downward spiral. So, it’s important to not let debt take control of you. You can tackle your debt concerns head on by getting FREE advice from the Money Advice Service – a government-backed initiative.