How’s 2018 looking for house price movements in your area?

For anyone trying to buy – or sell – a property right now, the UK housing market is a confusing place to be. Tax cuts for first time buyers would seem to be an encouraging sign but then mortgage approvals have hit a significant low. On the one hand house prices are still some of the highest in Europe – but for those looking to sell movement has been incredibly sluggish. So, where are we right now in terms of the housing market and what change is there on the horizon? 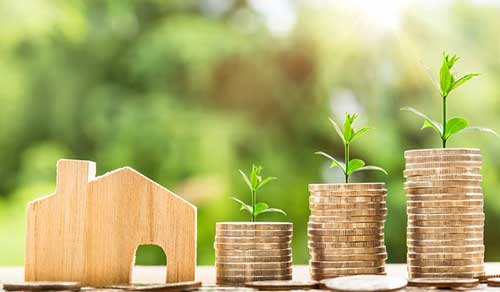 It’s not a great time to get a mortgage

According to industry trade body UK Finance, mortgage approvals fell to a 13 month low at the end of 2017. 40,488 mortgages were approved in November, for example, compared to 41,576 in September. Some experts have predicted that this marks the beginning of a downward trend in mortgage approvals, something that has been made worse by the rise in interest rates last year. There could be many other reasons for the fall too, from the higher interest rates on mortgages in 2018 to more stringent lending criteria.

However, that’s not the case if you’re remortgaging

In fact, the number of remortgages at the end of last year was 37% higher than the year before. This was largely attributed to more competitive remortgage rates as a result of the interest rate rise. As ever if you are looking to remortgage to release equity to do major home improvements or to fund some other sizeable project then it is also worth looking at secured loans as an alternative.

The housing market in general is sluggish

Words such as “flat” and “quiet” are being used to describe the UK housing market, which was previously viewed as fairly dynamic. Data from the RICS UK Residential Market Survey in November indicated that new buyer enquiries were still low but not as low as in previous months. However, other than in Wales and Northern Ireland, sales agreed numbers were either completely flat or in the negatives. A lack of new instructions to sell is highlighted as one of the major reasons that the market is so slow. The supply of homes for sale has been in decline now for some 22 months and isn’t likely to change significantly in the near future. Brexit is often named as another of the major reasons for the poor performance of the UK housing market at present. With uncertainty over the UK’s exit from the EU set to continue for another year this influencing factor isn’t going to be relieved any time soon.

On a national level, house prices have remained static in the last couple of months. However, regionally it’s something of a different story. London, in particular, has seen significant downward movement in house prices. Analysis by Zoopla identified that around 35% of the homes that are being marketed for sale via its site have been marked down and London is where the biggest discounts are to be found. For example, the average price reduction for homeowners selling in Richmond in London is £84,244. Across the entire country, Zoopla identified the average house price reduction at around £25,562. Again, Brexit is considered an influencing factor here – the number of properties being marked down before the EU Referendum in 2016 was slightly less at 29%.

EY Item Club predicts house price growth of just 2-3% in 2018. There are many reasons for this, including the fact that inflation is currently running at a rate far higher than income growth. So, life has become unaffordable for many people and a large and risky purchase, such as a property, just isn’t an option. The impact of low consumer confidence is being exacerbated by the increased difficulty when it comes to getting a mortgage. For many people, given the number of potential obstacles to buying, it seems like a process fraught with issues and costs. So, are there any positives for the UK housing market this year?

Regionally, there have been some house price gains (for example in Wales, Northern Ireland and the North West region) and an increase in both new sales agreed and new instructions.