How are business rates changing and will it affect you?

Tens of thousands of smaller businesses are likely to be hit by higher business rates following the revaluation of the rateable values of their premises. The change – which has sparked howls of protest among business organisations – is likely to see much higher business rates for those based in parts of the South East and London where property prices have risen strongly in recent years. On the flip side, businesses based in other parts of the country where property price rises have not kept pace with those in London are likely to see cuts in business rates. 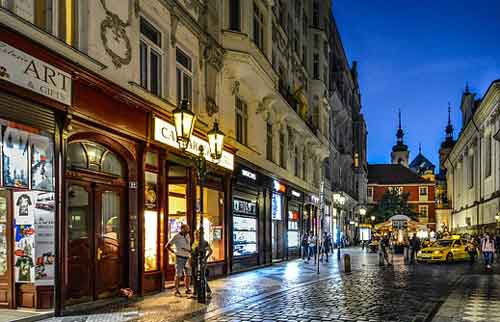 What are business rates and how are they calculated?

For most businesses, these rates are the third largest outgoing that they face after rent and wages or other staff costs. Business rates change every five years when the ‘rateable values’ of these premises are revaluated. The amount that a business pays in rates depends on what is worked out to be a property’s rentable value or the amount that it could be let out for. That amount is then combined with a multiplier – an amount determined by the Government of the day – before a business’s final bill is decided.

There is a two-year lag between changes in rateable values and their implementation. These were last changed in 2008 but were not reflected in business rates until 2010. Rateable values were last revaluated in 2015.

Any business occupying a property with a rateable value in excess of £12,000 has to pay business rates. But that isn’t the whole picture because there is some relief in place for those at the lower end of the scale. For example, if a property has a rateable value of between £12,000 and £15,000, then there will be tapered relief available.

Businesses that are based in rural areas with a population of less than 3,000 can benefit from business rate discounts of between 50 and 100%. Meanwhile charities, sports clubs and some other organisations with a large voluntary component are eligible for relief of up to 80% while newly occupied or empty properties might also qualify for relief. Some agricultural properties and religious buildings are exempt.

When will your business rates change?

Rateable values should have been reassessed on April 1, 2013 but the Government delayed the change to avoid sharp changes in bills that would have reflected the turbulence in property values which followed the financial crisis. So, the last revaluation took place on April 1, 2015 meaning that business rates changes will come into effect on April 1 this year.

The changes coming into effect on April 1 only affect businesses in England and Wales. Businesses in Scotland will not have to pay new rates until January 2018 while Northern Ireland’s last revaluation took place in November 2014 and, as yet, there has not been a date set for a new one.

What help is being offered to those whose bills the most?

This means that the businesses who are facing the largest rate rises will see those rises being phased over the next five years. Those yearly rises are still likely to be steep for businesses in the South East and London.

John Webber of Collier’s estate agents warned that independent retailers, in particular, may be unaware of the impact that the business rates change might have. He said:

Retailers who could be sleep walking into rates changes are threatening the sustainability of their stores. We strongly urge them to wake up and act to protect their shops and the jobs which rely upon them.

In his recent Budget statement, the Chancellor, Philip Hammond, announced some measures to help the hardest hit. These are: