Times are tight for many in the UK. Inflation is on the rise and there has been little or no real wage growth to speak of. The result is that, for families and individuals all over the country, there has been a real squeeze in household budgets that has left little room for bigger purchases. Step forward the rent-to-own sector, which was designed to give those on restricted incomes the opportunity to get credit on an item where a regular lender might refuse. 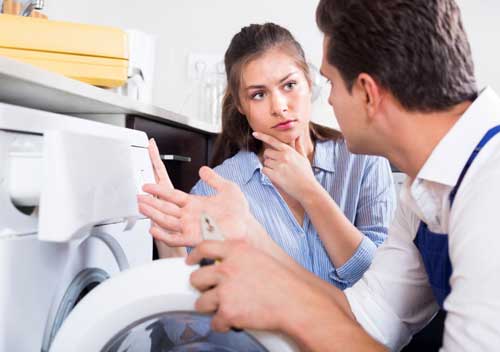 It is a sector that revolves around household goods, such as TVs, washing machines, furniture and computers. The idea is that if you’re not able to purchase one of these outright then you can do this via rent-to-own instead. Many of those who use the rent-to-own sector are struggling with a bad credit score and so wouldn’t be eligible for credit from a mainstream lender. Rent-to-own is meant to be an alternative way for people to pay rent on an item, such as a washing machine – and own it once that rent is paid off.

The Financial Conduct Authority (FCA), the UK’s financial regulator, has recently stepped in with respect to Bright House, one of the biggest names in the rent-to-own sector. Bright House has 283 stores around the UK and more than 230,000 customers. However, the FCA has found that Bright House has not been acting as a responsible lender, principally due to the high cost of the credit that it has been providing to its customers. There are unfortunately many examples of how Bright House has been using its position, appealing to those without many other options, to charge excessive amounts. For example, the FCA found that Bright House had charged more than £1,000 over a period of three years for its cheapest washing machine. Research by the media has found that a similar model washing machine, with breakdown cover, would cost just £250 – £350 if purchased outright. Another customer purchased a laptop from Bright House that would have cost £600 if bought out right. When the laptop was finally paid for with Bright House the total payments came to £2,287 over 26 months – almost four times the laptop’s actual value.

What does it mean to be a responsible lender?

Most of us accept that when we take out credit, whether that’s to pay for household items or as a straightforward loan, there will be interest to pay for being able to borrow. However, the excessive credit costs that Bright House has attached to its borrowing mean that it’s a world away from being a responsible lender offering credit at reasonable and affordable rates. The FCA has now ordered Bright House to make compensation payments to 250,000 customers totalling £14.8 million. This payment is broken down in a number of ways including:

What are the alternatives?

Bright House’s success is driven by a lack of credit options for those who may not have access to mainstream credit. So, where do you turn for purchases if you’re in a similar position?